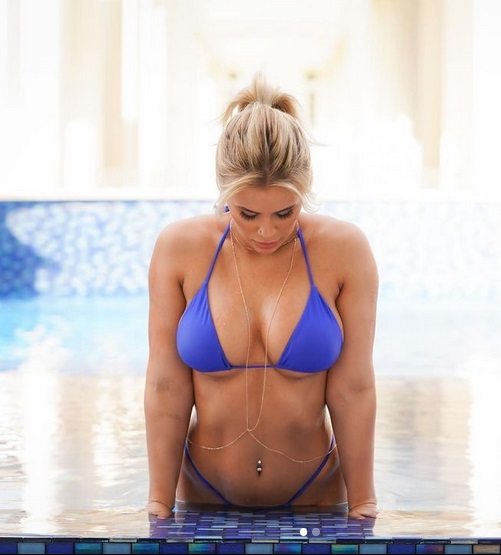 – VanZant was an accomplished dancer in her youth and would later train in boxing and martial arts
– VanZant won her first amateur fight at the age of 18 and decided to turn to professional MMA competition
– VanZant debuted at UWF Tournament Of Warriors on June 30, 2012, defeating Jordan Nicole Gaza by split decision
– In December 2013, VanZant signed with UFC to compete in their fledgling straw-weight division
– VanZant was slated to appear on the 2014 season of The Ultimate Fighter, but was forced out of the competition due to being underage (the minimum age was 21 due to the presence of alcohol in the show)
– VanZant made her UFC debut on November 22, 2014, defeating Kailin Curran by TKO
– On April 18, 2015, VanZant defeated Felice Herring by unanimous decision
– At UFC 191, VanZant defeated Alex Chambers by submission
– On December 10, 2015, VanZant suffered her first UFC defeat, falling to Rose Namajunas
– VanZant competed on season 22 of Dancing With The Stars, eventually placing second
– In August 2017, VanZant stepped up to the UFC Flyweight Division. Unfortunately, her time in the division would not be a success. She suffered a broken arm in her first contest that, due to complications in the healing process, would sideline her for a year
– In September 2018, VanZant married fellow MMA competitor Austin Vanderford
– Despite winning her second match against Rachael Ostovich, she suffered further damage to her arm and would be forced out for another year
– In August 2020, VanZant left UFC, signing an exclusive deal with Bare Knuckle Fighting Championship
– VanZant debuted for the company in February 2021, lsing to Britain Hart by unanimous decision
– In September 2021, VanZant, along with other fighters from American Top Team, made an appearance on AEW Dynamite. She would continue to make appearances through to the Full Gear PPV
– VanZant returned to AEW in February 2022, attacking Brandi Rhodes