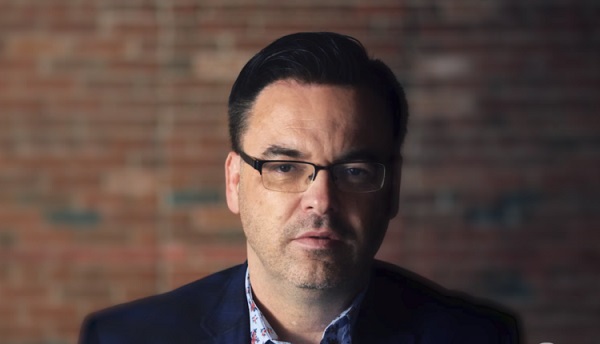 Showtime Sports announcer Mauro Ranallo is set to host the new “Beyond The Edge” reality series from CBS.

Beyond The Edge will feature 9 celebrities trading their worlds of luxury to live in the dangerous jungles of Panama, where they will face off in epic adventures and endure the most brutal conditions. The goal is to raise money for their chosen charities.

Beyond The Edge will premiere on Wednesday, March 16 at 9pm ET on CBS, and will be available to stream live and on demand via Paramount+.

Mauro narrates the trailer seen below, which shows him calling MMA action.

CBS noted in a press release, “For two weeks, the celebrities will see if they have the grit to withstand torrential downpours, scorching heat and deadly wildlife while living in the exotic Panama jungle. There won’t be any judges or eliminations – instead, each celebrity must rely on their inner fortitude, physical ability, and courage, and have faith in their teammates to endure in the wild. For each day they last, and every grueling adventure challenge they win with their team, the celebrities will raise more money for their charities. If a player reaches their breaking point, they can ring a bell to signal that they are ready to go home. At the end of the 14 days, the top two earners will go head to head in one final adventure, to see who can become the BEYOND THE EDGE champion and take home the most money for their charity.”

The press release also noted the following on Mauro, “BEYOND THE EDGE is hosted by SHOWTIME Sports announcer Mauro Ranallo, who made history as the first sports broadcaster ever to call every major combat sport on national television: boxing, kickboxing, MMA and professional wrestling. Ranallo currently announces SHOWTIME boxing and Bellator MMA matches.”

Ranallo currently works for Showtime Sports and Bellator MMA. He has worked for NJPW, Impact Wrestling, Pride FC and other organizations, and worked WWE SmackDown from 2015-2017, then WWE NXT from 2017-2020. In 2015 Ranallo became the first sports broadcaster in history to call boxing, kickboxing, MMA and pro wrestling on national TV in the United States.

Stay tuned for more on Ranallo. Below is a trailer for the new show:

We’re pushing limits with one of the most intense celebrity adventure challenges EVER attempted. The new reality series #BeyondTheEdge comes to CBS on March 16. pic.twitter.com/22KhMNZgMd