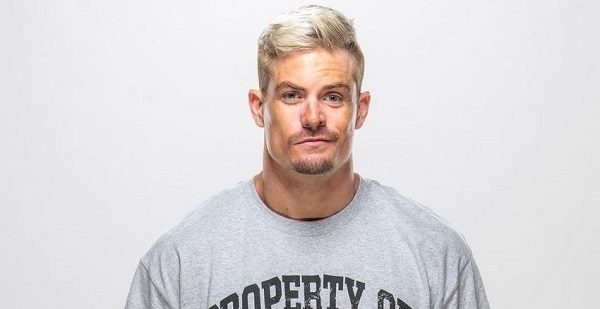 Saurav Gurjar is now going by Sanga on the WWE NXT 2.0 brand.

As we’ve noted, Gurjar returned to the NXT storylines on last week’s show by aligning himself with Grayson Waller as his new bodyguard, and helping him defeat Dexter Lumis. This week’s show featured Waller delivering a backstage promo where he revealed “Sanga” as the name of Gurjar’s new character.

Gurjar can now be found on Twitter at @Sanga_WWE.

While not officially announced as of this writing, Waller teased that LA Knight will have to wrestle Sanga on next week’s NXT episode, or perhaps at Vengeance Day on February 15. Knight and Waller have been feuding for a few weeks now.

As seen in the video below, Waller introduced Sanga on this week’s NXT and said he’s one of the biggest stars of Bollywood. He also referenced the storyline restraining order he served Knight with last week, mentioning a possible stint in jail for Knight.

“LA Knight, you thought you had me dead to rights,” Waller said. “Dexter Lumis doing your dirty work, but nah… you thought it was going to be the end for Grayson Waller but instead my star is shining brighter than ever, and now the Grayson Waller Effect has gone global, baby! I’ve got the big man here – one of the biggest stars in Bollywood, people admire him, and now he’s my Secret Service, protecting the hottest commodity in NXT 2.0.

“And LA, I know you’re at a third grade reading level, so I just really wanna make sure you read that restraining order properly, maybe sound out some of the bigger words. Be a shame if you ended up in jail, but even if you find a way around it, it’s OK… I’m waiting for you, but Sanga is going to want to meet you first.”

Sanga previously worked the Indus Sher tag team in NXT. He began teaming with Veer Mahaan at NXT live events in September 2018, while managed by Robert Stone and Malcolm Bivens at times. Sanga and Veer debuted on NXT TV by attacking Riddle in March 2020, but the team was disbanded later that summer and Veer was brought to the main roster. Veer and Sanga later teamed with Drew McIntyre for a six-man win over Jinder Mahal and The Singh Brothers at WWE Superstar Spectacle in January 2021.

Sanga actually returned to action at the WWE 205 Live tapings held on January 11, in a match against Odyssey Jones. The bout never aired on TV as Jones suffered an injury and had to be helped to the back.

Sanga, who is also an actor and National Kickboxing Gold Medalist in India, signed with WWE in January 2018. Before signing with WWE he worked for TNA’s Ring Ka King brand in India, billed as Deadly Danda at the December 2011 tapings. He was a member of the RDX heel stable with leader Jeff Jarrett, Abyss, Nick Aldis, Sonjay Dutt and Scott Steiner.

There’s no word on where WWE is going with the new Sanga – Waller alliance, or when Sanga will wrestle Knight, but we will keep you updated. Below is video from this week’s show: