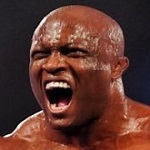 WWE RAW Superstar Bobby Lashley is one of the celebrities announced for the new national advertising campaign for Bob’s Discount Furniture.

Bob’s announced this week that Lashley is one of the “Unexpected Celebrity Partners” featured in their new “lively, national brand campaign” titled Assemble The Bobs, to celebrate the company’s growth and entry into new markets.

“After 30 years in business and with 150 Bob’s coast-to-coast and counting, it was only a matter of time before we needed to call in more Bobs,” said Steve Nesle, Chief Brand Officer of Bob’s Discount Furniture. “Stylish, affordable furniture in every home in America – who wouldn’t want to answer that call?”

The campaign includes 30 and 60 second spots and invites Bobs from all over to join the company, letting consumers know where they can find stylish and quality furniture at affordable prices. The campaign will be included in programming such as This is Us (NBC), Chicago Fire (NBC), I Can See Your Voice (FOX) and the Olympics (NBC/Peacock).

Bob’s Discount Furniture was founded in 1991, and is one of the fastest growing furniture retailers in the country.

You can see Lashley and other Bobs in the commercial below: