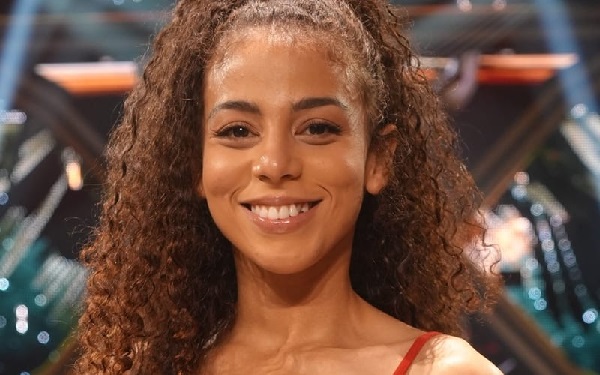 A new Smackdown ring announcer made her debut last night. Samantha Irvin, who has been doing NXT and 205 Live, has been promoted to the blue brand, a move which is a “dream come true” according to her.

“I’m over the moon, I can’t believe it,” Samantha told Megan Morant backstage before the show. She said everyone has been supportive and made her feel where like she belongs there.

Irvin, real name Samantha Johnson, is a former contestant from the season 10 of America’s Got Talent and reached the semifinals, receiving a standing ovation from judges Heidi Klum and Mel B after performing The Weekend’s Earned It song. She was eliminated from the show after the judges forced a tie and sent the vote to viewers.

The 26-year-old was signed to the company in April of last year.