Summer Rae: “It was always my dream to be a WWE wrestler” 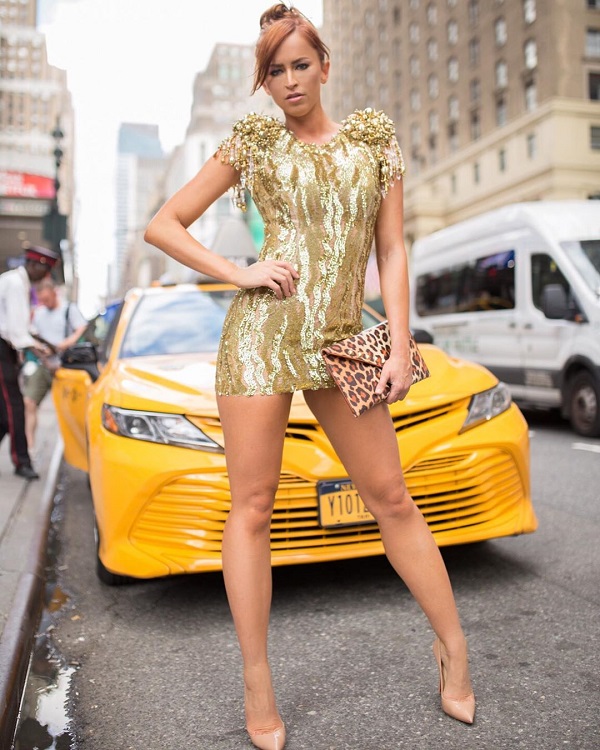 In an interview with Matthew J. Moore for the Cryptocurrency podcast (via Fightful), the former Summer Rae, Danielle Moinet, praised Vince McMahon and said that she only has nice things to say about him. Moinet was part of the WWE from 2011-2017. Here are highlights:

On WWE owning the Summer Rae IP: “So I was in WWE for six years. I’ve been out for about four and a half years now. When I first started, so I guess, over 10 years ago, yeah, they don’t let you keep your name anymore. So, you know, like people like Jerry Lawler, Stacy Keibler, they all have their names. But now we have different names and they have the intellectual property to that name. So that’s why we say ‘formerly known as’ on shows like this. But yeah, I totally get it. I don’t mind it. You know, I built my brand, my personal brand, Danielle Moinet, since I’ve left there, so it’s all good. I, you know, feel very fortunate to have lived out my dream of being a WWE Superstar.”

On her time in WWE: “It was always my dream to be a WWE wrestler and growing up, I used to watch with my dad — used to watch Hulk Hogan on Saturday mornings with my dad, you know, there’s no sons in the family. So I kind of played that role. As I got older, I just found myself watching Monday Night Raw all the time and my friends would ask me to go out when I was in my 20s and I was like, ‘No, I can’t, I gotta watch Raw, and I just looked at it, it was just so much bigger than me. It was just so amazing. My favorite thing before I was a wrestler, and while I was a wrestler was watching the first two rows on Monday Night Raw or Smackdown have fans and seeing the super fans cry or yell or scream or hate your actual guts, even though they know it’s predetermined and scripted. I was like, ‘Wow, I want to be able to evoke raw emotion out of grown men like that.’ That is just such a skill and such psychology behind it. I was like, ‘That’s what I want to do.’ So, I went to college at East Carolina University, got my business degree in marketing. When I last had a real job, I just said, ‘You know what? It’s just not for me, I want to go live my life.’ The timing was really good. When I first went to my tryout, there were five girls training. Now there’s over 40 women training, [and] you know, over 100 men training down in Orlando. So the timing was just really good. I went to wrestling school for a year-and-a-half, you know, as you know, if you drop someone on their head, you can kill them. So you have to learn how to properly suplex someone, take hits, and make it just look really, really good. Then, I was on main roster TV for four-and-a-half years. I was also on the show, Total Divas, on the E! Network. We came on after Keeping Up With The Kardashians, and that was our reality show. So, just a really good time. I love my time there. I love Vince McMahon. I have just great things to say about him. I’m very fortunate to probably be one of like, I don’t know, 35-40 women ever to do it. So it’s kind of like a cool little secret society.”

On WWE possibly working on cryptocurrency: “WWE is so on their game, I find it hard to think they don’t have a crypto portion somewhere and headquarters, where they’re thinking about it and wondering how they can get in and they want to monetize things. They’re not stupid. With Vince, he’s older, he’s always — maybe he just has a good team, but he’s always on the edge of things. He’s always wanting to learn. ‘How can we do it? What can we do?’ He’s, you know, it’s money, money, money, and there’s money in that Metaverse and there’s money in NFTs. So there’s no way that they don’t have that.”