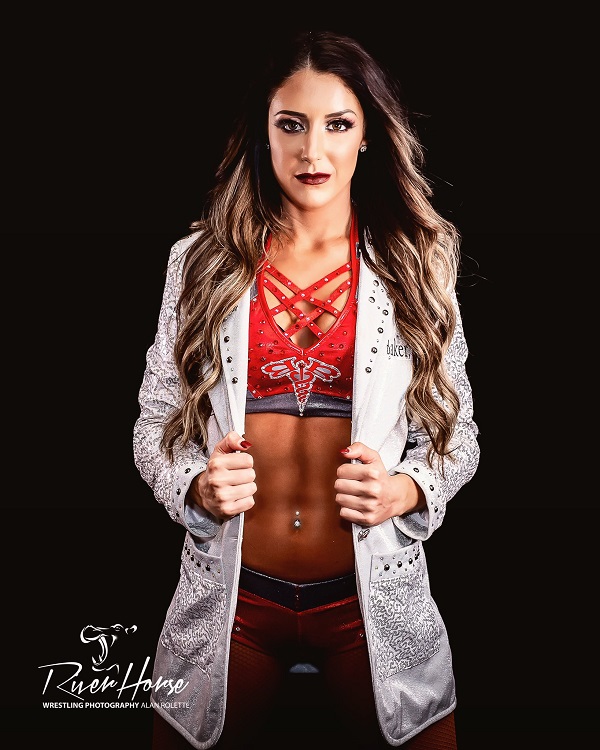 WWE edited out Britt Baker’s famous meme-worthy cameo that showed her in the crowd during NXT TakeOver: WarGames 2019. The footage that showed her during the match has been edited out of the broadcast for the streaming archived version of the show. Now, it appears Britt Baker has reacted to the edit in response to a fan comment on her official Instagram Story.

After a fan commented that they took her moment from the broadcast out of the event, Dr. Baker responded, “That’s okay. They took me out, I took their BAY BAY.”

Of course, this is in reference to her real-life boyfriend, Adam Cole, who signed with AEW and made his debut last September after finishing his run in NXT. Baker has been a part of AEW since the promotion’s inception in 2019. She is the current reigning AEW Women’s World champion.

During the event, Britt Baker was shown on camera, looking shocked and concerned after Tommaso Ciampa put Adam Cole through a table to win the WarGames main event match. Mauro Ranallo also mentioned her name during the broadcast, acknowledging her as Cole’s girlfriend.