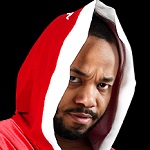 The ROH World Title will be defended at Impact Wrestling’s upcoming Hard To Kill pay-per-view.

Impact has just announced that ROH World Champion Jonathan Gresham will defend the strap against Chris Sabin at Hard To Kill 2022. This is the first time the ROH World Title is being defended in Impact.

Impact noted in their official match announcement, “IMPACT Wrestling’s first pay-per-view of 2022, Hard To Kill, is shaping up to be a historic night you have to see to believe. For the first-time ever, Jonathan Gresham will defend the ROH World Championship on an IMPACT event as he squares off with one of the greatest X-Division Champions of all time, Chris Sabin in a highly-anticipated dream match. Who will score the victory in this monumental showdown between two of the most athletic professional wrestlers of this generation? Find out LIVE January 8th on pay-per-view.”

Sabin has wrestled more than 100 matches for ROH since 2003, and last worked for the company in January 2019. He is a one-time ROH World Tag Team Champion, but has never held the ROH World Title. Sabin, a one-time Impact World Champion, began his current Impact run back in July 2020.

Gresham won the ROH World Title at the Final Battle pay-per-view a few weeks back, and is expected to carry the title while ROH is on a hiatus until April 2022. Gresham is currently defending the title in various promotions, starting with a win over AJ Gray at GCW’s Blood on The Hills event last Friday night. He then retained over Adam Priest at Saturday’s New South Pro event, and was announced to defend against Blake Christian at GCW’s sold out Hammerstein Ballroom event on Sunday, January 23 – The Wrld On GCW.

The 2022 Impact Hard To Kill pay-per-view will take place on Saturday, January 8 from The Factory in Deep Ellum, Dallas, Texas. Below is the updated card: