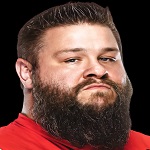 Owens was asked why no one from WWE did promos for the recent ROH Final Battle pay-per-view, while wrestlers from other promotions did. Owens revealed how ROH didn’t ask for anyone from WWE to contribute.

“The answer is quite simple: Ring of Honor didn’t ask any wrestlers from WWE to do that, nor contacted anyone at WWE,” Owens said. “I knew it was going to be their last show, but I didn’t think to send a video so they could play it at the show. I’ve watched it. I was at a WWE show, and I was watching it on my phone, so it was not something I simply ignored. I’ve read some people on the Internet saying that probably WWE didn’t let us do it, but that’s incorrect. It’s just ROH who didn’t ask us, and I bet that if they had, we could have done it, but that wasn’t the case.”

Owens, a former ROH World Champion, also commented on the importance of ROH in his career.

“It’s funny cause I often ask myself that same question. Of course, it gave me a very important platform in the United States,” he said. “But at the end of the day, William Regal saw me at a PWG show. And even before I started full time with ROH in 2007, I had a good name on the indies because of PWG. So sometimes I wonder if things would have not become what they became with ROH, if I would have made it to WWE anyway. Maybe, maybe not, I don’t know. But at the same time, there was a point in my career where I thought ROH would be where I would spend my whole career. Even if my goal was always to go with WWE, there’s was a point in my life where I had my son and my wife, and I was thinking that traveling so much like I would have had to do in WWE was not the best thing for me, so I was thinking that the more time I can make a living working ROH, that’s what I would do.

“However, with time, my priorities changed a little, my family’s priorities changed a little, and that’s when WWE became my goal again. So ROH was a big influence and a huge part of my career, but I often wonder if ROH would have not been part of my career, if I would have made it to WWE anyway. A huge part of me thinks so. That said, I have plenty of good and fun memories with ROH, and I’m very happy to have been apart of ROH for all those years.”