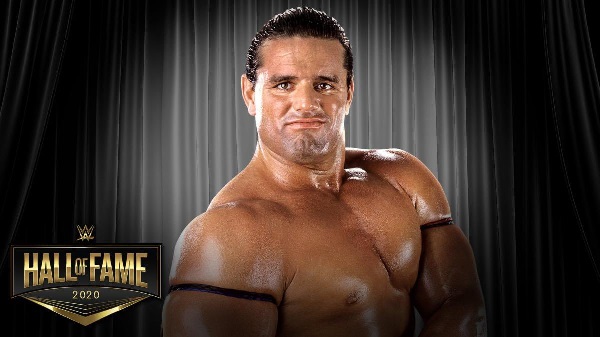 In an interview with The A2theK Wrestling Show (via Wrestling Inc), Georgia Smith confirmed that she filmed content for the WWE Icons special about the British Bulldog, her father. The special has yet to be released by the WWE. Here are highlights:

On filming footage for WWE Icons: “They filmed at the Hall Of Fame that for Icons. They filmed Harry and I at the arena and us there getting set up and the whole beginning to the aftermath. I was just sitting there doing my make-up and then I see this camera and I was like, ‘okay, what is this?’ I had no idea. Then this guy came up to me and said, ‘hi, we are working with WWE, this is for the Icons.’ I was like, ‘oh, okay got you.’ So they interviewed us before, ‘how are you feeling going and accepting this induction?’ Then after, ‘how do you feel, now that he is in there?’ Which I think is really good that they got there for that.”

On shooting material for WWE Most Wanted Treasures: “It was pretty cool though. We went to this great restaurant and I was doing the dry January, you know where you’re not drinking. Brutus and everybody and the crew were all getting Sangrias. Everybody is like, ‘yeah, WWE is paying for all of this.’ I was like, ‘well, my dry January is going out the window right now, okay.’ You know I was like three weeks strong, so I was like ‘well, if I’m going to go down, I’m going to do down strong here.’ That helped and made it natural because there’s camera crews everywhere and they’ve got the restaurant all closed off because they’re filming. So it’s kind of weird, like, ‘hey guys, what sup?’ But once we ate and had some drinks and started sitting down and talking it was really cool. But unfortunately, A&E said like, ‘no. If they don’t have anything to do with the dream team exclusively then we’re not going to use it.’ So, they didn’t use it.”

On inducting him into the WWE Hall of Fame: “It was really good. I’m glad it happened and I’m happy it happened in Tampa. You know, where he lived at one point and he loved Tampa so much. You know we had a real bulldog involved and I am glad that all came together. We weren’t sure how it was all going to take place with Covid and everything. But, WWE made it work and I feel like we all did my dad justice and did him proud there. I am really just glad that it happened. There is some things that I wish we could have done a little bit differently. I wish that I could have been able to speak and say something, just little things like that. But obviously, they were filming three Raw’s back-to-back because we were at the Tropicana Field where the Rays team play. They were going back into season that next week, so WWE were moving onto another location to film. So they had to film that Hall Of Fame then they did three Raw’s back to back. Then the next day they did another Raw, I think and the next day, that Thursday they did the 2021 Hall Of Fame, then they did another Raw, and then they moved to a new location. So it was just really, really busy.”