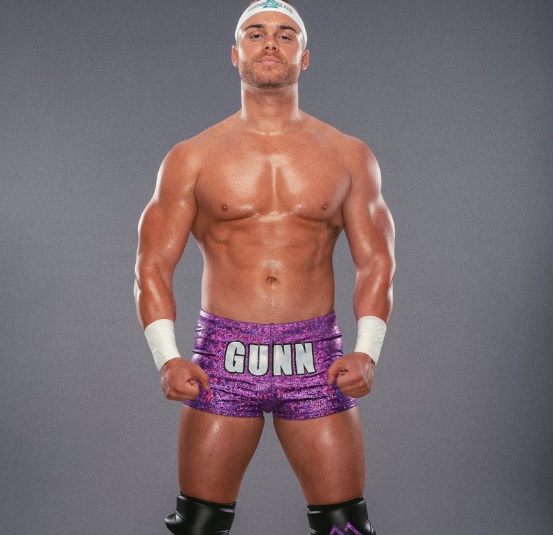 AEW star Austin Gunn of The Gunn Club is set to make his reality TV debut.

Gunn has been announced for E!’s new “Relatively Famous: Ranch Rules” reality series. The show will premiere on Wednesday, January 12 on the E! network.

“Relatively Famous: Ranch Rules” will feature eight celebrity children being put to the test at Saddleback Ranch in Colorado. The children of celebrities will spend 30 days working on the ranch “as they seek to discover and define their own identities outside of the shadow of their famous parents.”

In the trailer seen below, Gunn bills his father Billy Gunn as a WWE Hall of Famer, and does not mention AEW. There’s no word on if their roles with AEW are discussed during the actual show.

Gunn tweeted on the gig today and said it will be a wild ride.

“mark your calendars for this wild ride [man with cowboy hat emoji] the ups, the downs, the fights, the drama, etc. it’s time for the ranch life!,” he wrote.

The group will be tasked with helping the ranch recover from the COVID-19 pandemic shutdown, and will be expected to help re-open the ranch and increase its tourism to bring sustainable business back to the area in just 30 days. The trailer below also shows Austin involved in romance storylines and drama with other castmates.

A special sneak peek preview of “Relatively Famous: Ranch Rules” episode 1 will air on Tuesday night after the People’s Choice Awards on E! and NBC. The first two episodes will then premiere on Wednesday, January 12 at 9pm ET.

Stay tuned for more. You can see Gunn’s full tweets below, along with the trailer:

mark your calendars for this wild ride 🤠

the ups, the downs, the fights, the drama, etc.

heres a special first look at the trailer: pic.twitter.com/8piswqQQ1q