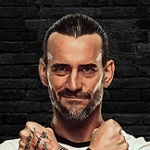 CM Punk vs. Lee Moriarty has been announced for this week’s AEW Dynamite on TNT.

AEW announced the match this morning, noting that Punk is looking to test himself against the best young wrestlers in the company, and bring his record to 8-0.

“Last week, after @CMPunk’s war of words with @the_MJF, Punk beat @QTMarshall in the ring, taking his record to 7-0. He aims to test himself against the best young wrestlers in AEW: TOMORROW it’s @CMPunk vs @theleemoriarty LIVE on #AEWDynamite @ 8pm ET/7pm CT/6pm MT/5pm PT on TNT!,” AEW wrote.

Moriarty responded to today’s announcement and wrote, “Excited, but more importantly, focused. Only focused on taking the W.”

Punk is coming off last week’s promo segment with MJF, and singles win over QT Marshall. Moriarty last wrestled on the November 10 edition of Dynamite, teaming with Matt Sydal for a loss to Dante Martin and Lio Rush.

Below is the updated line-up for this week’s AEW Dynamite from the Gas South Arena in Duluth, Georgia, along with Moriarty’s tweet:

* Darby Allin and Sting vs. Billy Gunn and Colten Gunn

* Ruby Soho vs. Kris Statlander in a quarterfinals match for the AEW TBS Title Tournament

Only focused on taking the W. https://t.co/cDfOLxlwG6