The Undertaker on The Bump this Sunday 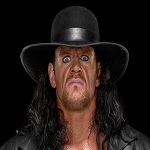 The Undertaker has been announced for a special edition of WWE’s The Bump that will air this Sunday before the Survivor Series pay-per-view.

Taker will appear on Sunday’s special episode to preview the Survivor Series pay-per-view. Fans can submit their questions via Twitter with the #AskTheBump hashtag.

Taker and The Bump hosts will be joined by Liv Morgan and SmackDown Tag Team Champions The Usos for Sunday’s special Survivor Series preview show, which will begin at 3pm ET.

Below is the Survivor Series Sunday schedule of programming for Peacock and the WWE Network:

We'll be joined by @undertaker THIS SUNDAY at 3pm ET on a special #SurvivorSeries preview edition of @WWETheBump!

Got a question you've always wanted to ask? Use the hashtag #AskTheBump and we might just ask The Deadman on #WWETheBump. pic.twitter.com/VHdG1tb5z5

THIS SUNDAY on a special #SurvivorSeries edition of @WWETheBump@YaOnlyLivvOnce@WWEUsos pic.twitter.com/4rhoFA6dX2

The crew is back to put together the ULTIMATE #SurvivorSeries this Sunday streaming on @peacockTV in the U.S. and @WWENetwork everywhere else! pic.twitter.com/bHzZlSVI0J