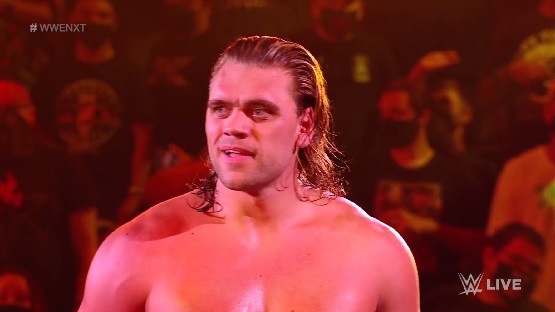 – Bloom is the real-life son of Wayne ‘Beau Beverly’ Bloom
– Whilst at the University of Central Florida, Bloom played as a tight end for the UCF Knights
– In March 2019, Bloom signed with WWE
– Bloom wrestled his first NXT match at a live event on May 3, 2019, teaming with Denzel Dejournette in a loss to Dan Matha & Riddick Moss
– Bloom made an appearance on the April 10, 2020 episode of Smackdown, losing to Sheamus in short order
– Bloom (now known as Von Wagner) made his NXT televised debut on the September 14, 2021 episode, attacking Kyle O’Reilly and replacing him in the NXT Title 4-Way Match. He would form a team with O’Reilly going forward
– Wagner attempted to turn on O’Reilly following their tag team loss at Takeover: War Games 2021, but O’Reilly got the better of him