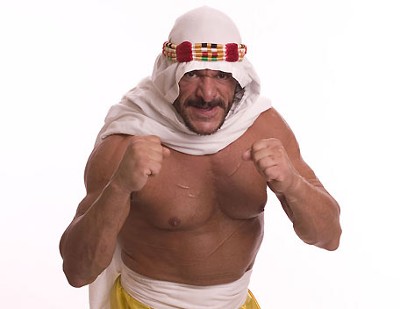 The former ECW Champion recently spoke with the Wrestling Shoot Interviews YouTube channel and said he’s not doing very good these days. Sabu noted how he wrestled a few weeks back, but probably should’ve passed on that booking.

“I’m not doing real good,” he said. “I hurt my back about a year ago and it’s still been hurting. I wrestled a couple of weeks ago but I shouldn’t have. I’ve only wrestled like twice in the last year [and] I only went to the gym a couple of times the last year ’cause I hurt my back. I’m probably not gonna wrestle no more… I’m probably just gonna do autograph signings and personal appearance-type stuff.”

When asked if there is any wrestler who would inspire him to get back into the ring for one more match, Sabu named Brock Lesnar.

“I’d definitely get back in the ring for Brock Lesnar, I’d love to wrestle him,” Sabu said. “Especially if it was my final match, I’d love to wrestle him… He’s the best, he’s a shooter, he;s a good worker, he’s my kind of opponent. I like big guys, I like wrestling big guys. I don’t like wrestling guys like me because it’s not that interesting. It’s more interesting wrestling a guy like me against a guy like Brock Lesnar.”

Sabu has dealt with multiple health issues in the past few years and has wrestled a brutal style since debuting back in 1984. It will be interesting to see if he really is done with in-ring action, or if he will follow in the footsteps of WWE Hall of Famer Terry Funk, who has retired several times over the years.