More details on WWE releases made this evening 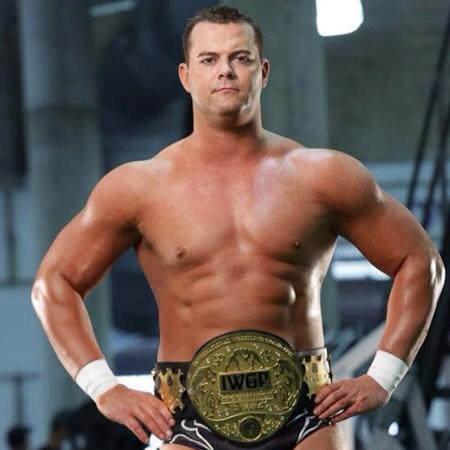 WWE Talent Relations head John Laurinaitis issued a company-wide e-mail this evening and noted that the 18 releases were made due to budget cuts, according to Sean Ross Sapp of Fightful.

WWE signed Kross back in February 2020, and he is a one-time WWE NXT Champion. He was called up to RAW back in the summer, but the call-up didn’t go over well with fans. Kross worked recent WWE live events, but has not wrestled since his win over Ricochet on the October 7 edition of WWE Main Event. His last RAW match came on September 27, when he defeated Jaxson Ryker. Kross was planned to undergo more character changes, but WWE made the decision to cut him today.

Scarlett, who is engaged to Kross, was signed in November 2019 and had worked as his valet in NXT. She was rumored to join him on RAW, but that never happened.

Baxter, who has been featured on NXT TV with girlfriend Cora Jade as of late, was signed by WWE in February of this year. His last match came on the October 8 edition of WWE 205 Live, a loss to Grayson Waller.

WWE signed Kamea in mid-2017, and she had been a member of The Robert Stone Brand, along with Franky Monet, who was also cut tonight. She has not wrestled since losing to Raquel Gonzalez in late August.

WWE signed Rama in June 2015 and he just recently made his NXT and 205 Live TV debut. His last match came this past Tuesday night, a loss to newcomer Solo Sikoa.

There had been reports of Dorado and Metalik, known as Lucha House Party, being unhappy as of late, and Metalik reportedly requested his release several weeks back. Lince began working with WWE in April 2016 and is a one-time WWE 24/7 Champion. He has not wrestled since losing to Cedric Alexander on the September 23 edition of WWE Main Event. Metalik started working with WWE in June 2016, and is also a one-time 24/7 Champion. He has not wrestled since teaming with Dorado for a loss to Angel Garza and Humberto Carrillo on the September 16 Main Event episode.

Jax, cousin to Dwayne “The Rock” Johnson, was signed by WWE in early 2014. She is a one-time RAW Women’s Champion and a two-time WWE Women’s Tag Team Champions. Jax has not wrestled since losing to Shayna Baszler on the September 20 RAW. WWE did a post-match injury angle where Jax suffered an elbow injury at the hands of her former partner, and word a few weeks back was that she would be out of action for some time.

WWE brought Marie back to RAW in May of this year after she reportedly re-signed in September 2020. She was previously released in 2017 after her first stint with the company. She was also involved in an injury angle with Baszler on the September 27 RAW, and was recently away filming a movie. Her last match was the loss to Doudrop on September 20.

B-Fab was signed in the summer of 2019, and was recently called up to SmackDown as the female member of the Hit Row stable. She has not wrestled since losing a No DQ match to Elektra Lopez on the September 28 NXT.

Lee was signed by WWE in May 2018, and leaves as a one-time NXT Champion, and a one-time NXT North American Champion. He was called to RAW in the summer of 2020, and spent some time away earlier this year due to health issues. He was brought back in mid-July, and was recently re-packaged as “Bearcat” Keith Lee. His last match was a win over Cedric Alexander on the October 25 RAW.

Yim, who is engaged to Lee, first began working with WWE in July 2017. She was called up to the main roster in September 2020 as a masked member of RETRIBUTION, and had been off TV since the end of the group earlier this year. Yim, under her real name, was drafted to RAW several weeks ago, but never got the chance to debut. She has not wrestled since losing to WWE Women’s Tag Team Champion Nikki A.S.H. on the December 31 edition of Main Event.

Monet, who is married to RAW Superstar John Morrison, was signed by WWE back in mid-February of this year. She had one shot at the NXT Women’s Title this year, to then-champion Raquel Gonzalez on September 29, but she didn’t do much past that. Monet has not wrestled since losing to Cora Jade on the October 5 NXT show.

WWE signed Lorcan in September 2015, and he is a one-time NXT Tag Team Champion. He has not wrestled since losing to Xyon Quinn on the September 28 NXT show.

WWE signed Ramier in February of this year. She last wrestled on the June 1 edition of NXT, teaming with Zoey Stark for a loss to Candice LeRae and Indi Hartwell.

WWE signed Cortez in August 2019, and she had worked under Catalina Garcia and Carolina at one point, even joining Sin Cara on the main roster for a brief appearance. She also worked WWE Main Event episodes in 2020, losing to Asuka and Bianca Belair. Cortez recently worked NXT and 205 Live under a mask. Her last match came on the October 29 edition of 205 Live, a loss to Sarray.

Smith was re-hired by WWE early this past summer after his original run with the company lasted from 2006-2011. He worked just one match, and that was a dark match before the July 16 SmackDown. That match saw Smith and Austin Theory lose to Xyon Quinn and Odyssey Jones. Smith recently got over a bout with COVID-19, and was rumored to be heading to the storylines in the near future.

Stay tuned for more. Below are related tweets from the released talents who have commented as of this writing:

Officially free to work in 30 days!

And yes…The Smokeshow is back.

All I can do is laugh…