Jim Duggan out of surgery 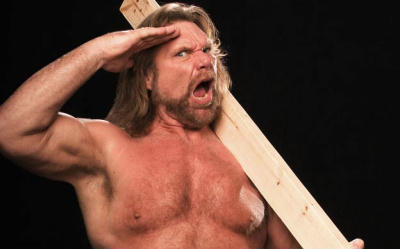 As noted, Duggan took to Instagram on Thursday to announce that he had been diagnosed with prostate cancer. Duggan found out a few months ago, and had been preparing for the surgery and recovery. He also announced that he was to undergo surgery today at the MUSC (Medical University of South Carolina) Hospital in Charleston, SC.

In an update, Duggan’s wife Debra noted on Instagram this afternoon that surgery went as planned, and Hacksaw is resting in his hospital room. She also used the “#physicalssavelives” hashtag, indicating that the cancer was discovered after Duggan went in for a routine physical.

“Jim’s surgery went as planned. He is resting comfortably now. Thank you for your prayers, good vibes and well wishes. Please continue them as he continues to heal. #physicalssavelives,” Debra wrote.

Hacksaw mentioned in Thursday’s announcement that he will be taking a break from social media while he recovers, but that Debra will be updating fans on his condition.

As noted back on October 20, the 67 year old Duggan was hospitalized and was set to undergo an emergency operation for an undisclosed issue. That surgery was successful, and Duggan was resting up later the same day, but there’s no word on if this prostate cancer diagnosis is related to last week’s hospitalization. Hacksaw has dealt with multiple health issues in recent years, and underwent a heart procedure in March 2019. He was also hospitalized in September 2019. Hacksaw appeared on The Wrestling Inc. Daily in January 2020 and said he was doing great after health issues the previous year, and dropped around 40 pounds after listening to his doctor. He also said at that time that he had wrestled his last match.

Stay tuned for more on Duggan. You can see today’s Instagram update below: