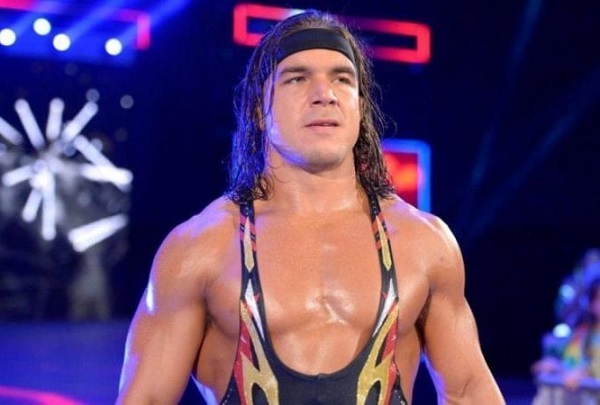 Gable took to Twitter today to announce that he has graduated from the former home of WWE NXT with a Masters degree in Fine Arts, with a focus on Media Design. He previously received a Bachelors in the same field back in 2010.

Gable noted in his Twitter statement how he graduated with a GPA of 4.0, and as Valedictorian. He also received the Advanced Achievement award, which is given to the student most likely to succeed in their chosen field.

WWE covered Gable’s degree on their website and congratulated him, writing, “Congratulations go out to Gabble on his major accomplishment and as he celebrates with his favorite game EarthBound, know that unlike Giygas, the WWE Universe is filled with all sorts of emotions for you!”

You can see Gable’s full statement below:

“Right near the top of the lists of things I wouldn’t have believed if you told me two years ago, it’s that I would be going back to school.

Motion Graphics, animation, and digital cinema/filmmaking have been a passion of mine since I was 14 years old and is what I chose to pursue for my bachelor’s degree, which I received in 2010.

Yesterday I graduated with a Master of Fine Arts degree in Media Design from Full Sail University. I finished with a 4.0 GPA as Valedictorian and recipient of the “Advanced Achievement” award, indicating the student most likely to succeed in their chosen industry.

Early on in the pandemic, the extra time and change in schedule led me to decide I didn’t want to come out the other side of it without using these things for something positive. Through an awesome corporate sponsorship between WWE and Full Sail along with scholarships from the Comanche Nation (of which I am a member) and the United States Olympic Committee, I decided to undertake the accelerated degree program.

Only thing I underestimated was how chaotic adding a THIRD child into the mix would be HA. The workload was ridiculous. Truthfully, I did more research and writing in the last 12 months than I did in the entirety of my previous education. The entire experience was an incredible way to keep my creativity flowing and avoid complacency. It reignited my passion for design and I’ll continue to practice and hone this skillset while I chase more goals within WWE (I’ve got a lot left to do here).

That being said, first order of business is going to be to relax for a little bit and play Earthbound (my favorite video game of all time) through from the beginning.

I’d encourage anyone considering a risk, change, or new venture that has the means to do so to DIVE IN DEEP right now. You’ll find a lot out about yourself.”