This Day In Wrestling History – October 26 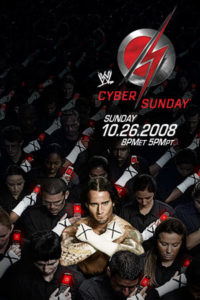 1998 – In the Monday Night Wars, WCW Monday Nitro (5.1 TV rating) beats WWF RAW IS WAR (4.5 rating).  It was the final time Nitro beat RAW head-to-head in the ratings.  Nitro earned a high rating due in part, to airing the World Championship match from the previous night’s Halloween Havoc, between Goldberg & Diamond Dallas Page.  Most pay-per-view providers had cut the feed at 11pm ET, just as the match was starting.   Also happening on Nitro, DDP (who lost to Goldberg at Halloween Havoc) defeats Bret Hart, to win the WCW United States Championship.  And Rick Steiner chooses Kenny Kaos as his partner to hold the WCW Tag Team Titles.  Steiner & Buff Bagwell had defeated Scott Steiner & The Giant, to win the tag team titles one night earlier at Halloween Havoc.  However, Bagwell turned on Steiner during the match, allowing Steiner to pick a new partner.

2001 – World Wrestling All-Stars (WWA) holds its first major event, titled ‘The Inception.’  The event, featuring a one-night tournament to crown their inaugural Heavyweight Champion, was held in Sydney, Australia in front of 8,500 fans.  This was the first of five pay-per-views produced by WWA.

2002 – The NWA 54th Anniversary Show is held in Corpus Christi, Texas.  Thirteen matches were on the card;  the event took place over one day, while other Anniversary Shows were typically spread out over two days.

2002 – WWE Rebellion is held in Manchester, England in front of 13,416 fans.  This was the first pay-per-view promoted under the SmackDown brand.  It was also the final Rebellion event produced by WWF/E.

2008 – WWE Cyber Sunday is held in Phoenix in front of 7,981 fans. To date this is the last Cyber Sunday / Taboo Tuesday event to be held.  Fans voted on certain aspects of the matches, with the results announced live on the show.