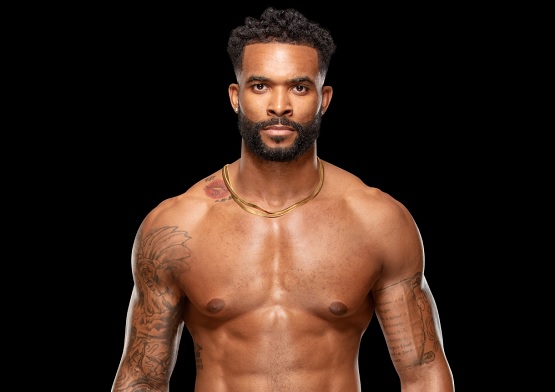 WWE officials are reportedly high up on Montez Ford.

As noted earlier this month, there was talk of singles runs for Ford and Angelo Dawkins coming out of the 2021 WWE Draft as WWE wanted to split The Street Profits up. There was said to be serious consideration to the split, which would have seen Ford go to RAW, without Dawkins but to travel with his wife Bianca Belair, while Dawkins would have stayed on SmackDown. WWE ended up making a late decision to split up the team of T-BAR and MACE instead.

In an update, we noted before how Ford recently received praise for his non-title singles loss to WWE Universal Champion Roman Reigns on the September 24 SmackDown. Louis Dangoor of GiveMeSport reports that there were many people within WWE, including several of influence, who believe Ford could be a top star for the company, and that his match with Reigns was seen as a “trial” for Ford as a singles star.

It was also noted that the split of The Street Profits would have led to a “serious” singles push for Ford on RAW. While The Profits were kept together and are now on RAW, putting the red brand tag team division on notice this week, the door is still open for Ford to break out as a singles Superstar over the next few months, just with Dawkins on the same brand.

WWE officials have wanted Ford back on the RAW brand for some time now, with Dawkins or without. Part of the reason for wanting Ford on RAW is because they try to keep real-life couples on the same roster, but also because WWE higher-ups feel like Ford has more top talent to work with on the red brand.

Furthermore, it was noted that WWE officials are increasingly impressed with the work that Ford has put into improving, but that also goes for Dawkins. Ford has also received internal praise for his behind-the-scenes conduct and performances over the last few months, which is why he’s been considered for these big opportunities.

This week’s RAW saw Ford and Dawkins defeat RAW Tag Team Champions Riddle and Randy Orton via DQ after interference by AJ Styles and Omos. Orton and Riddle will defend against AJ and Omos this Thursday at WWE Crown Jewel, but The Street Profits are expected to receive a title shot in the near future.