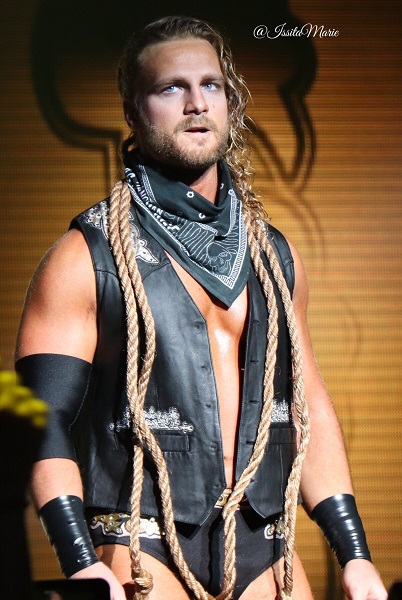 The cowboy is back in town! Hangman Adam Page made his return to AEW last night as the joker in the Casino Ladder Match on the second year anniversary show and even won the match.

The ending of the match saw Page and Moxley trading punches at the top of the ladder after just minutes earlier, Mox slowed down Page’s momentum by attacking him with a chair. With both in dangerous positions on the ladder, it was Page who came out on top after winning the fist fight, sending Moxley back down on the canvas.

Page now gets his much-awaited AEW World title shot although it was not revealed when he will be able to “cash in” his win. Bryan Danielson is also in the title picture with Kenny Omega so this will be interesting to see how it moves forward.

Hangman has been absent from AEW television since early August when he took some leave because he and his wife welcomed a baby.

Back in the saddle, @theAdamPage is coming for the #AEW World Championship! #AEWDynamite pic.twitter.com/2H9O6IsN4D

We missed you @theAdamPage, nice of you show back up to work #AEWDynamite pic.twitter.com/jWgFXyC0RG