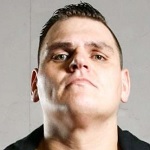 There continues to be internal talk about WALTER’s WWE future.

It was noted today by PWInsider how there has been more talk about using WALTER beyond the WWE NXT UK brand as of late.

The leader of Imperium was said to be in the United States this past weekend, leading to speculation on possible involvement for WALTER in the WWE Draft on tonight’s RAW.

WALTER has not wrestled since dropping the NXT UK Title to Ilja Dragunov at Takeover 36 during WWE SummerSlam Weekend.