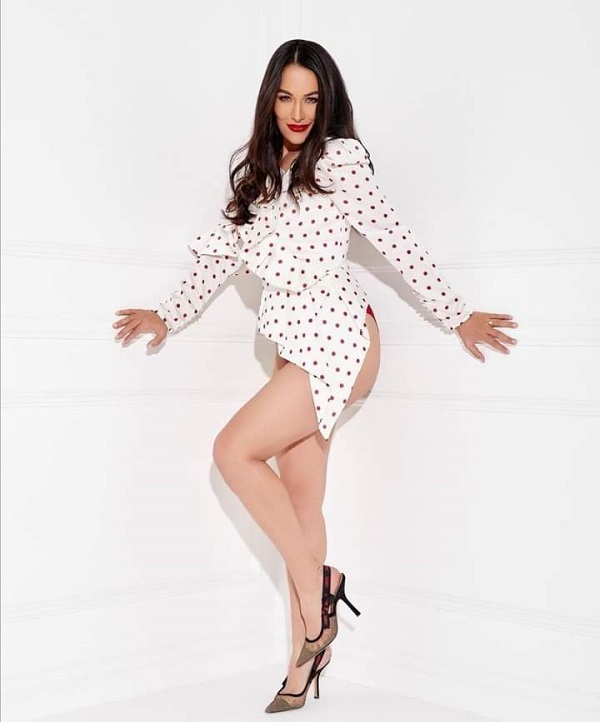 – The Wrestling Observer Newsletter reports that Kiera Hogan’s deal with AEW, which was announced on AEW Dark this past week, is a per date deal.

It’s the same deal that she would have signed when she first started appearing for the company. Anyone who appears on AEW television either has a full time deal or a per-date deal. You can tell the difference in that AEW will announce full time deals by saying “[Name] is ALL ELITE,” as they did with Lio Rush earlier this week. They will also add full-time signings to the roster page on their website. Rush is there, but Hogan isn’t, which is more evidence of the difference in their deals.

– Brie Bella recently appeared on Sippin’ the Tea with Ariane Andrew, and one of the topics she discussed was Bryan Danielson deciding to leave WWE and sign with AEW.

When asked about Danielson making the decision to leave WWE for AEW, Brie noted that it was far from an easy choice for the former WWE Champion, while also mentioning that she didn’t want to be a factor in pushing him in either direction (via Fightful):

“I have to tell you, all summer long, he kept contemplating, kept going back and forth. He took the summer off and I just remember every other day, he honestly didn’t know where he was gonna end up, and then just finally, one day it spoke to him, he felt it. Because I was like, ‘I am not helping you make a decision. You’re 40 years old, this is probably going to be your last run. So you have to just let your heart tell you where to go.’ I’m like, ‘Just because I’m with WWE, doesn’t mean you have to be there,’ because I don’t know if I’ll make a comeback. To be honest, I told Nicole, maybe in a year or so. But like right now, my life — we’re so busy with our companies and the kids, like taking Birdie to school. That’s a whole thing in itself.”

As for Brie, her most recent match was on RAW in October of 2018.