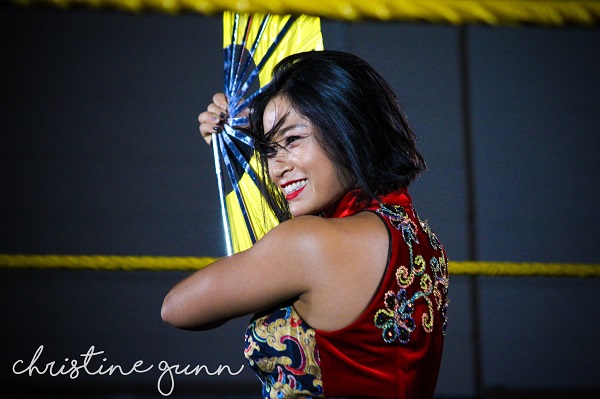 Li and Kai were expected to be drafted from WWE NXT to RAW or SmackDown, but it did not happen last night. They are still eligible to be drafted during Monday’s RAW. As noted, last night’s Draft edition of SmackDown saw Lee get drafted to RAW while Hit Row (Dolla, “B-Fab” Briana Brandy, Ashante “Thee” Adonis”, NXT North American Champion Isaiah “Swerve” Scott) was drafted to the blue brand.

Top Dolla tweeted a photo from Hit Row’s dark match entrance and wrote, “Man #SmackDown drafted us in the hometown… same arena I grew up coming to shows watching @TheRock and KNOWING I wanted to do this. @WWEonFOX ITS MONEY SZN”

Scott, who is expected to drop the NXT North American Title to Santos Escobar soon, also tweeted the entrance photo and wrote, “To the Podcaster that said my ceiling was in NXT…”

WWE also released a backstage segment with Megan Morant interviewing Hit Row after the show, which you can see below. Top Dolla recalled watching WWE Hall of Famers like the nWo and Steve Austin, and The Rock, in the same arena, and talked about how Hit Row is really family.

Stay tuned for more. Below are several shots from last night’s dark matches, and the related tweets from Hit Row, plus the backstage segment with Hit Row and Morant:

Hit Row on the mic hyped up Baltimore and the WWE Draft saying they should be picked tonight.#WWE #SmackDown #WWEDraft @WRESTLEZONEcom pic.twitter.com/nKIYaBRmRj

Xia Li vs Dakota Kai in a dark match before smackdown! #SmackDown pic.twitter.com/yEeeEGHjMB

Man #SmackDown drafted us in the hometown… same arena I grew up coming to shows watching @TheRock and KNOWING I wanted to do this. @WWEonFOX ITS MONEY SZN 🔝💵 pic.twitter.com/tn2askiaPH

To the Podcaster that said my ceiling was in NXT… pic.twitter.com/bIar3u2OoJ

The end of the #WWE dark match in Baltimore. #SmackDown #WWEDraft pic.twitter.com/JgKV9968km