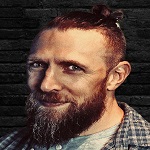 Bryan Danielson recently spoke with The New York Post’s Joseph Staszewski and talked more about the decision to sign with AEW over WWE, and his relationship with WWE Chairman & CEO Vince McMahon, who he was close with. The interview was done before Danielson and AEW World Champion Kenny Omega wrestled to a time limit draw in the non-title opener of last night’s Grand Slam edition of AEW Dynamite.

Danielson reiterated how he made the decision to sign with AEW fairly late in the process after his wife, WWE Hall of Famer Brie Bella, reminded him he had to decide on something. Danielson seemed to confirm reports on his AEW deal being for three years, and talked about how McMahon was very protective of him. He was asked what was the thing that put AEW over the top and at what point did he make the final decision.

“Gosh, I made the final decision pretty late in the game. (Laughs) My wife (Brie Bella) was actually the one who kind of pushed me in the sense of, ‘Hey you have to make a decision at some point.’ I was really enjoying the summer with my kids,” Danielson said. “I was really putting it off because it was a hard decision for me. I think at the end of the day there were two main things that put AEW over the edge. It is one, what would be best for the wrestling business in the sense of, ‘Hey, could I make a big impact in AEW?’ If you have two really strong wrestling companies that’s good for the fans, it’s good for the wrestlers, it’s good for everybody. Sometimes I contemplate things in the idea of service versus selfishness. Especially since we’ve had our daughter, I’ve tried to focus on service more than selfishness.

“There’s the service aspect. When I went back and forth, where would I be of most use or that sort of thing, I kind of decided that the best place for the entire industry would be for me to be in AEW. But then from the selfishness aspect, there’s just so many people I want to wrestle there (Laughs). I’ve been in WWE for 11 years. I’d wrestled a lot of the people on the roster. You look at all these fresh matches, you look at the ability to do outside stuff. Also, the next three years are probably the last three years of my career that I’ll be able to go as hard as I want to be able to go.”

He continued, “Vince McMahon was very protective of me in the sense of protective of my health kind of stuff and I get that. I believe I’m more capable than … he protects me in a caring way. I feel like I can go harder than sometimes they would want me to in WWE. AEW will allow me that freedom to go as hard as I want.”

Danielson was asked to elaborate, on if McMahon was protective in the sense of how many matches he was allowing him to wrestle, or something else along those lines. Danielson revealed how McMahon likened him to a racehorse who needs a bit in their mouth because some racehorses need a bit in their mouth so you can control the horse because if you don’t, they’ll run themselves into the ground.

“No, no. Protective in the sense of like things that I could or could not do that were very specific to me,” Danielson responded. “You also have to understand that WWE’s relationship with my health is different. So, Tony Khan knows all the information, but he didn’t have to experience it in real time. So when the doctors say, ‘Bryan’s clear to literally do anything,’ right, and these are the best doctors in the world, right? He doesn’t have any residual pain of these others things that had happened to me the way that WWE does. And you say that and there’s the freedom argument, but the WWE perspective is coming in a very loving way. It’s not a negative way.

“(Vince) used this analogy with me a lot. He likened me to a racehorse who needs a bit in their mouth because some racehorses need a bit in their mouth because you need to be able to control the racehorse. If you don’t, they’ll run themselves into the ground. When he said that in the back of my mind I’d always think, ‘Yeah, but I’d kind of rather be a wild horse rather than a racehorse with a bit in my mouth.’ That was a big point too as far as signing with AEW.”

Danielson was also asked if he had a conversation with McMahon before he made the decision to sign with AEW. Besides Brie, Vince was the first person Danielson told.

“Besides my wife, he was the first person I told,” Danielson revealed. “He and I have a great relationship. That was actually one of the harder things about leaving. Because I had such a positive experience in WWE.

“From my perspective, I have a lot of respect and love for him and that was one of the hardest things. Like, I don’t want him to think I’m betraying him or anything like that. It was really hard. One of the main reason’s why it took me so long to make the decision was my loyalty to Vince.”