Adam Scherr (fka WWE’s Braun Strowman) is calling on his girlfriend, WWE NXT Women’s Champion Raquel Gonzalez, to be drafted to RAW or SmackDown in the WWE Draft next month.

Strowman, who is rumored to debut with Impact Wrestling soon, recently responded to a WWE On FOX Instagram post asking fans to name the one NXT Superstar that should be drafted to RAW or SmackDown in the WWE Draft.

“@raquelwwe over everyone!!!!,” Scherr wrote.

Scherr and Gonzalez have been an item for a while now, and both have publicly acknowledged the relationship on social media.

Gonzalez will defend her title against Franky Monet during next Tuesday’s NXT 2.0 episode.

You can see related posts below: 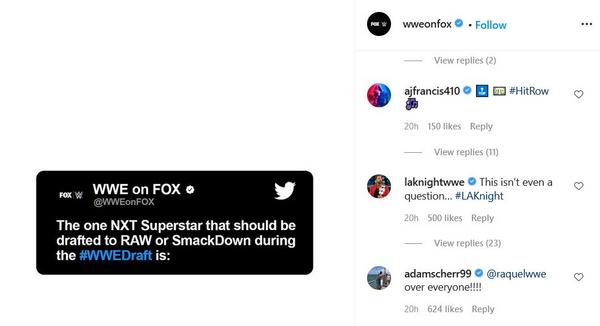