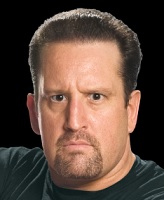 Tommy Dreamer has been removed from his position as co-host of the SiriusXM’s Busted Open Radio.

In an update, Busted Open host Dave LaGreca opened today’s episode and said Dreamer’s comments will not be tolerated.

“I felt that I needed to start off today’s show to talk about a few different things. I’m still quite frankly shocked by what Tommy said. I think that was definitely out of character of the Tommy that I know and has been hosting the show for a few years now. I can’t and will not defend the comments because they’re indefensible,” LaGreca said. “And quite frankly, the things that Tommy said, Tommy f-cked up. Tommy f-cked up on Thursday, and what he said was insensitive and won’t be tolerated.”

LaGreca continued and announced that Dreamer is off the show for the time being.

“A lot of people say about ‘In 2021, you can say this, you can’t say that…’ It doesn’t matter if it’s 2021, 1998 or 1985—it doesn’t matter. As a father, as a husband, knowing that my daughter just turned 18 and she’s about to go out into the world, going to start college soon and now is working, these are things that I think about for my own family,” LaGreca said. “People have had to worry about this for years, and there’s just no f-ckin’ place for it, there really isn’t. There’s no place for this type of thought process, these types of comments and these types of actions. And as I said, they’re indefensible.

“A lot of people have been looking to us now about what we’re going to do about Tommy and Tommy’s future, and as far as Tommy’s future on Busted Open, for the time being, he’s off the show. How long, I don’t know. I don’t know how long Tommy’s going to be off the show. I think he needs some time, I think he needs some time to reflect and understand how his comments hurt, his attitude hurt,” he explained, “and I don’t know if you can put a timetable on that. So if you’re looking for that, I don’t have an answer, but for the time being, Tommy’s going to be off of Busted Open.”

LaGreca went on to say he can’t think about people on the internet, but he has to think about the people that were hurt by Dreamer’s comments, adding that it goes far beyond the show, himself and pro wrestling. LaGreca said this was something that needed to be changed in general, and hopefully, it’s a good step in moving forward the way it needs to.

(H/T to Wrestlezone for the quotes)