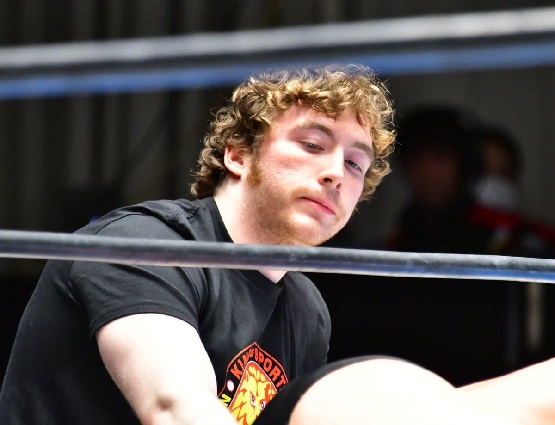 The son of WWE’s Director of Talent Development & Head of Global Recruiting William Regal has been re-packaged on the WWE NXT UK brand.

Dempsey said he’s gone out of his way to train with UK wrestling legends, and won’t be doing any flips from the ring or treating bouts like acrobat contests. He also said he’s going to show the fans something they’ve never seen before.

“An inspiration of mine used to say that the body was just like a ladder, having to move up and down it with every move you do,” Dempsey began. “Hearing that, something clicked in my head. I’ve actually gone out of my way to seek out the British competitors of the past, and train with them, to learn this style that I’ve come to adopt. I’m not going to do any flips out of the ring, or treat this link an acrobat contest. I’m going to take my opponent down, grind them down to a paste, and I’m going to show you something that you’ve never seen before.”

Before the name change, Regal’s son made his NXT UK debut back on the February 25 episode, losing to Tyler Bate. He has not wrestled since then.

Bailey worked a few wXw and UK indie shows before training as a Young Lion with New Japan Pro Wrestling in 2020. WWE then announced on January 29 of this year that he had signed along with three other NXT UK Superstars – Rohan Raja (Tony Gill), Teoman (Metehan Kocabasoglu) and NXT UK Women’s Champion Meiko Satomura. Representing his hometown of Blackpool, England, WWE noted at the time of his signing that Matthews brings a unique style to NXT, inspired by his NXT General Manager father, NXT UK General Manager Johnny Saint, and Billy Robinson. It’s interesting to note that WWE’s signing announcement did not acknowledge the father-son relationship.

WWE filed to trademark the “Charlie Dempsey” name back in mid-August.

There’s no word on when Dempsey will make his return to NXT UK TV as the vignette simply says “coming soon” at the end. You can see the vignette below: