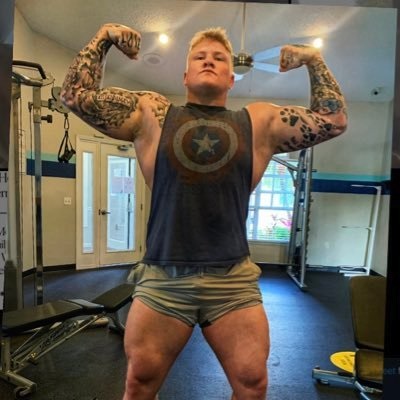 WWE has made a slight change to the new ring name being used by top prospect Parker Boudreaux.

We noted late last week how Parker had been assigned “Gunnar Harland” as his new WWE NXT ring name. In an update, the former college football star took to Twitter this afternoon and revealed that “Gunnar” has been dropped from his name. He is now being called just Harland.

Harland posted a screenshot of his tweet to Instagram Stories and teased a possible debut in NXT 2.0.

Harland continues to use “The Destroyer of Gods” as his nickname.

Harland signed with WWE earlier this year as a part of the February Performance Center Class. There is no word on when he will make his official debut, but he’s rumored to be a part of the new NXT 2.0 revamp that begins tonight.

Stay tuned for more. You can see Harland’s related tweets below: