Al Snow rescues boy from riptide incident at the beach

Snow was at Santa Rosa Beach in Destin, Florida on Thursday when he heard a child yelling and screaming while he was in the water, according to TMZ Sports. Snow looked around and saw the boy being hit by waves while a rough current was pulling him away.

Snow then jumped into the ocean and pulled the boy to safety. Snow said there was a lifeguard on the beach but he knew she wasn’t going to make it to the boy in time.

“I knew she wasn’t going to make it in time. I made it, thank God,” Snow said. “And, I caught him just by the arm just as a wave started to pull him even further out. If I hadn’t have grabbed him, I think he’d have probably went out to sea. That would have been it.”

Snow added that the rescue nearly turned dire as a wave took both he and the boy under. This caused him to remember former WWE Superstar Shad Gaspard, who died in May 2020 after saving his son from drowning in the Pacific Ocean.

“I was able to stay up,” Snow said. “And hand him off to the lifeguard and I made my way back across to my friend and we went up on the beach and I felt like I was about to collapse. I was exhausted.”

Snow said neither he nor the boy suffered any injuries. The boy’s mom cried and thanked Snow repeatedly. Snow also noted that after everyone was safe and sound, there was a lighthearted moment as a couple on the beach recognized him from his pro wrestling days.

Snow had successful runs with WWE, ECW and TNA/Impact Wrestling over the years. He bought the OVW promotion in 2018, but sold a majority interest earlier this year. He continues to run the promotion and still has a minority stake. He also runs The Al Snow Wrestling Academy in Lousville, KY.

Below is a photo of Snow and the boy on the beach: 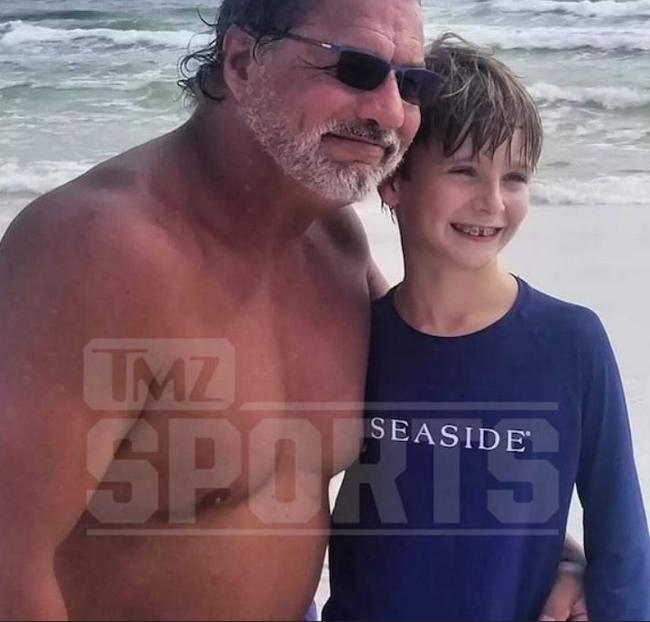