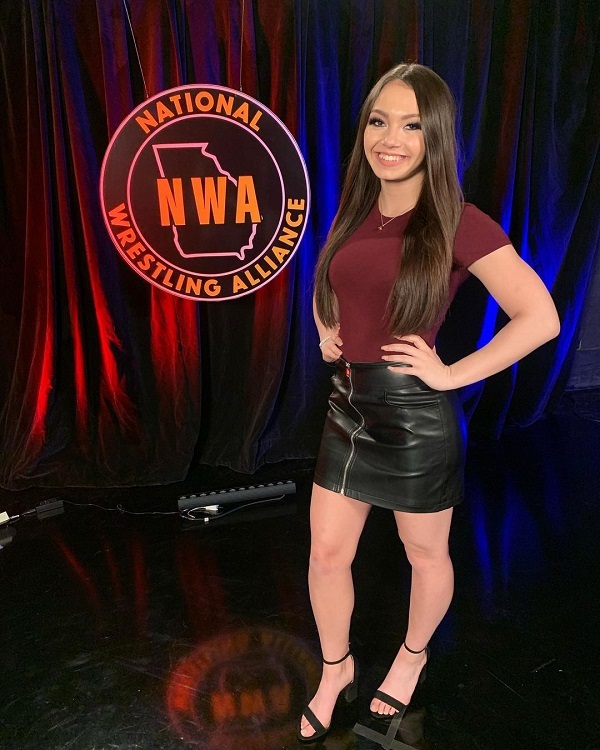 Indie wrestler Skye Blue got a big surprise last night after her AEW Dark match against Red Velvet at the NOW Arena when AEW President Tony Khan appeared to deliver some important news.

With one spot remaining in the women’s Casino Battle Royale, Khan came out and asked Blue if she wants to be in the match in front of the live crowd.

“Wanna be in the battle royal on Sunday?” Khan asked point blank to a big pop from the crowd. Blue didn’t think long to say yes as Red Velvet held her hands up.

The 25-year-old from Chicago got a big reaction from the crowd which obviously helped secure the gig for her. Blue has wrestled for AEW in the past, mostly as an enhancement talent during Dark.

All 21 competitors have been announced after Khan also revealed that Riho.

TK comes out and offers Skye Blue a spot in the battle royale on Sunday!!! #AEWRampage pic.twitter.com/ygzK4hEPFx