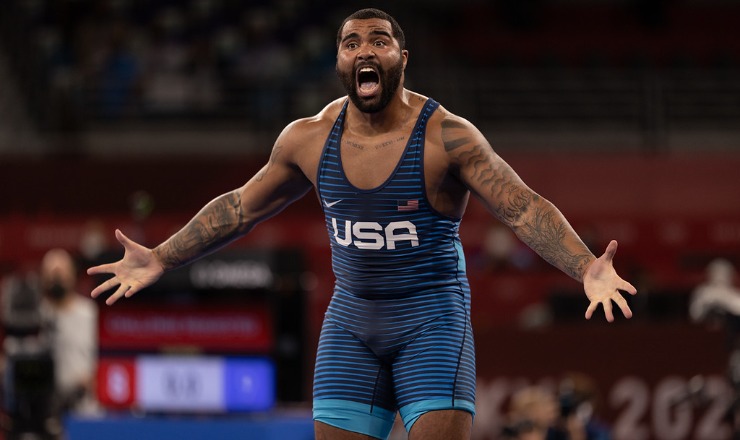 Olympic gold medalist Gable Stevenson yesterday tweeted that he “put pen to paper” with Dave Meltzer of the Observer confirming that Stevenson signed with the WWE.

Stevenson, whose brother is already signed to a WWE deal, was at SummerSlam along with fellow Olympic gold medalist Tamyra Mensah-Stock and the two were given the VIP treatment by the company, including their own entrance and segment during the show. Prior to that, Stevenson was also a WWE guest for NXT Takeover: Stand & Deliver and WrestleMania.

Earlier this year after he won the NCAA championship, Stevenson tweeted a wave emoji and tagged Vince McMahon. He also posted a photo with McMahon from SummerSlam, writing that this was the man he wanted to see. Stevenson also has two big allies in WWE by the names of Paul Heyman and Brock Lesnar.

Last year, the 21-year-old told The Minnesota Daily that his ultimate goal is to make it to the WWE. “That’s my main goal, and that’s my end goal. As years go on it becomes more realistic, and I can set it happening right when I’m done with college,” he said. “It’s just a matter of me performing and making sure I get to that point.”

Stevenson finished the season with 17 wins and zero losses, stretching his undefeated streak to 34 wins and became the first Gophers wrestler to win an NCAA title since 2013. He won the gold medal in wrestling last month in the final half a second of his match in Tokyo in one of the most dramatic ends ever. He was behind but managed to score the two points required to win the match.