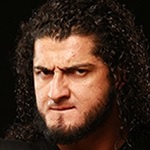 Ring of Honor has announced that Rush will be out of action for the rest of 2021 after undergoing knee surgery.

As noted on Tuesday, it was announced by media in Mexico, and Rush’s family, that he underwent emergency surgery in Mexico City, and that his pre-surgery condition was serious.

In an update, ROH announced today that the La Facción Ingobernable leader underwent knee surgery and will be on the shelf until at least the end of this year. This comes after it was previously announced that Rush suffered a knee injury during a tag team match at ROH Glory By Honor XVIII Night 2 on Saturday, August 21.

At the time of the original knee injury announcement, Rush, Lee and King were still scheduled to challenge Shane Taylor Promotions (Shane Taylor, Moses Maddox, Jasper Kaun) for their ROH World Six-Man Tag Team Titles at the Death Before Dishonor XVIII pay-per-view on Sunday, September 12. However, it was announced on ROH TV this week that Bestia del Ring will be replacing Rush at Death Before Dishonor.

ROH also announced today that this weekend’s episode of ROH TV will feature Rush, Lee, Bestia and King vs. STP and O’Shay Edwards in an eight-man tag team match, which was taped before Glory By Honor.

On a related note, it was recently reported by Dave Meltzer on Wrestling Observer Radio that Rush’s current ROH contract is set to expire at the end of this year. There is no word on if he plans to re-sign, or if he’s looking to sign with another promotion. He has been under contract to ROH since January 2019.

As noted, Rush and his family are scheduled to host a press conference in Mexico City on Thursday, where more details on his status and future will be announced.