Updated line-up for Casino Battle Royale at AEW All Out 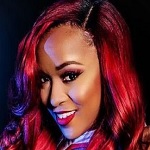 Kiera Hogan has been added to the Casino Battle Royale at AEW All Out.

Hogan’s spot was announced during tonight’s AEW Dark episode. The former Impact Knockouts Tag Team Champion made her AEW debut on the August 16 edition of “Dark: Elevation” and then lost to Jade Cargill on Rampage last week.

The winner of the match will become the new #1 contender to the AEW Women’s World Title, currently held by Britt Baker. She will defend against Kris Statlander at the pay-per-view.

AEW All Out will air live from the NOW Arena in Hoffman Estates, Illinois on Sunday, September 5. Below is the current card:

Chris Jericho vs. MJF
Jericho’s AEW in-ring career will be on the line.

This just in from #AEW GM @TonyKhan: @HoganKnowsBest3 is the latest addition to the Casino Battle Royale on the #AEWAllOut Buy-In LIVE Sept 5 on #AEW’s official YouTube channel before #AEWAllOut on PPV. More entrants will be announced on tomorrow’s 100th #AEWDynamite live on TNT! pic.twitter.com/4nqE1feIcD