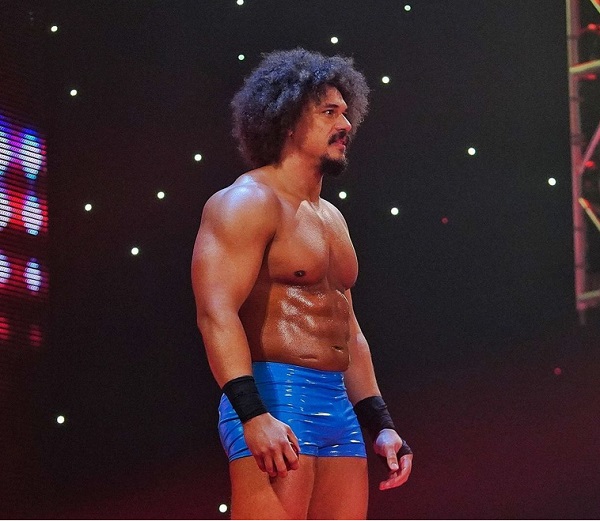 Carlito recently discussed his angles with Torrie Wilson and Trish Stratus, working with John Cena and more in a Q&A. The WWE alum was a guest on Chris Van Vliet’s show, and highlights are below (per Wrestling Inc):

On which career moment he’s most often asked about: “The Cena stabbing, of course. They always ask that. I think it turned out we didn’t stab him, something happened. I think somebody else did, I don’t know, I forgot how it all ended. I think that’s the main one, that one with Cena. Apparently I tried to kill John Cena. I think it was [my old bodyguard] Jesus that ended up trying to kill him? I don’t know, anyway, I ended up being innocent.”

On making his WWE debut against Cena: “I was nervous for a little bit of course. Also, I like it when you have no choice. You have to go out there and perform. When you realized it’s like that, it kind of takes the pressure off you. It’s like, number one, I’m not going back to Puerto Rico, number 2, I’m not going to fail in front of a live audience. So, you just kind of lose those nerves and do what you do.”

On working with Cena: “He was really cool, he was actually too nice. It’s funny, I thought he ribbed me, I thought he was tricking me because, you know, you’ve met John, right? He’s just one of the nicest guys you’ll meet. And the first thing we do is we lock up, and he kicks me in the stomach. And I looked at him, and my stomach, and I couldn’t breathe. I was like ‘Oh okay, this must be a welcome to the big leagues type of thing.’ But no, it was just the way he was at first. When he first started he would just kill you. Since then, he’s gotten so much better, but those first couple of matches, and he was a big boy. When he hit you, he hit you.”

On his storylines with Torrie Wilson and Trish Stratus: “Yeah, I actually didn’t like any of that. That’s what, I think [when] things started going downhill. Carlito’s the guy that always talked about having all these girls but never got the girl. You know what I mean? And when he gets the girl it’s like, okay, that’s not him. You know what I mean? He’s a guy that brags about getting all these girls and these girls, you talk to them, and he does the worst things imaginable. They can’t stand him. But, I don’t know, they turned me into a ladies man for some reason. No, it was just the opposite [of my character]. Carlito wasn’t a ladies man. [Torrie Wilson and Trish Stratus] are great friends and stuff, but at the same time I’m thinking that ‘This isn’t the best thing for my character’.”