WWE tried to get Mike Tyson for SummerSlam video 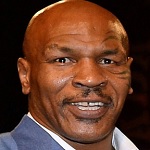 WWE wanted Tyson, who is a member of the 2012 Celebrity Wing of the WWE Hall of Fame, to do voice-over work for the SummerSlam opening video package, which is to be centered around the main event between John Cena and WWE Universal Champion Roman Reigns, according to PWInsider.

There’s no word yet on why the talks were unsuccessful, but WWE failed to lock Tyson in. There is also no word on who they got to narrate the SummerSlam opening video package.

Tyson, who grew up a big pro wrestling fan, originally appeared for WWE to help build to WrestleMania 14 in 1998. He worked the pay-per-view as the special enforcer for the main event, which saw WWE Hall of Famers Steve Austin and Shawn Michaels battle for the WWE Title, which Austin won. He later served as a guest host of RAW in 2010, and teamed with Chris Jericho to face DX, in a match that saw him turn on Jericho and reunite with DX.

Tyson’s most recent pro wrestling appearances came for AEW. He appeared at Double Or Nothing 2020 to help Cody Rhodes defeat Lance Archer, then presented him with the inaugural TNT Title. He then appeared on the May 27, 2020 AEW Dynamite episode with other pro fighters to face off with The Inner Circle. Tyson appeared on the April 7, 2021 Dynamite episode to save Jericho from an attack by The Pinnacle, where he also beat down Shawn Spears. Tyson’s last AEW appearance came on the April 14 Dynamite, where he was the special enforcer for a match between Jericho and Dax Harwood.

Stay tuned for more on Tyson and WWE.