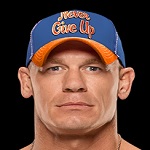 John Cena says the one person who continues to impress him the most in WWE is Chairman & CEO Vince McMahon.

“I always say the same thing – Vince McMahon,” Cena said. “Because he’s so unpredictable. He keeps everybody in suspense. There’s been a lot of crazy decisions lately… I don’t know what the future of WWE will hold, but it’s certainly exciting times.

“I’m always impressed, especially returning, by his work ethic, by his commitment, by his passion. So, I gotta say Vince.”

“Well, listen, I remember every time after we’d finish up with a show, I’d always run into his trainer in the lobby of the hotel, and he would be getting ready for their midnight training sessions,” she recalled. “So, Vince McMahon stays busy, he stays working, he is certainly undefeated.”

Stay tuned for more. You can see Cena’s First Take segment below: