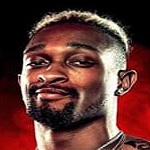 Last night’s Impact episode saw Bey defeat Juice Robinson in singles action. After the match, NJPW’s NEVER Openweight Champion Jay White, who was at ringside for the match, presented Bey with a Bullet Club t-shirt and welcomed him into the group with the “Too Sweet” gesture.

White made his surprise Impact debut at Slammiversary and has been looking for a new recruit since then. Last week’s show saw Bey and White come up short in a non-title match against Impact World Tag Team Champions The Good Brothers. They then attacked Robinson and David Finlay, to set up last night’s match.

As noted, White and Bey will face FinJuice on next Thursday’s Impact episode. White will defend his NEVER Openweight Title against Finlay next Saturday at the NJPW Resurgence event on FITE.

Below is a related clip from last night’s Impact: