WWE is moving forward with the use of a new RAW robot.

The red brand mascot was first seen on last week’s RAW, but WWE used it multiple times on this week’s show. The robot is being used to introduce the graphics for upcoming matches in the bumper segments, or as the lead-in or return from commercial breaks.

WWE has not identified or acknowledged the RAW robot as of this writing, which is similar to FOX Sports’ mascot, Cletus the Robot.

Stay tuned for more on the “RAWbot” on WWE TV. You can see a few photos from this week’s RAW below: 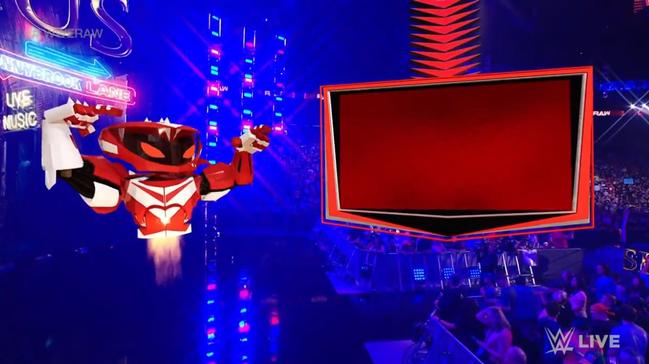