Raw Tag Team Championships to be defended at MITB 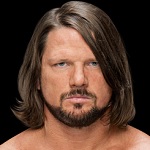 WWE has moved the upcoming RAW Tag Team Titles match to the Money In the Bank pay-per-view.

It was announced on tonight’s RAW that AJ Styles and Omos will defend their RAW Tag Team Titles against The Viking Raiders at Sunday’s pay-per-view. The match was originally announced for next Monday’s live RAW from Dallas, Texas.

Tonight’s RAW saw Ivar defeat Styles in singles action, while Omos made his singles debut with a win over Erik. WWE at one point mentioned the title match for next week’s RAW, but after the Omos vs. Erik match it was announced that the titles will be on the line this Sunday.

Stay tuned for more on Sunday’s WWE Money In the Bank pay-per-view, which will air live from the Dickies Arena in Fort Worth, Texas. Below is the updated card:

Men’s Money In the Bank Ladder Match
Ricochet vs. Riddle vs. John Morrison vs. Drew McIntyre vs. Big E vs. Kevin Owens vs. Seth Rollins vs. King Shinsuke Nakamura