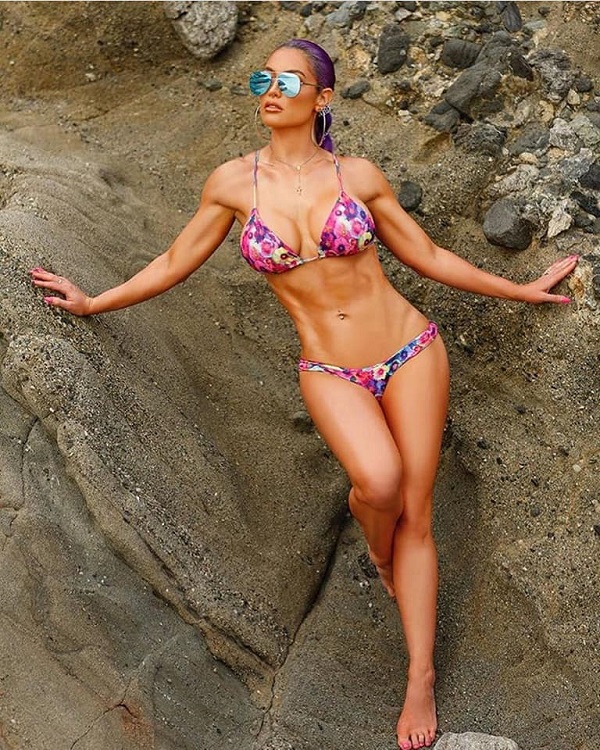 Mikhaila Peterson recently interviewed WWE Superstar Eva Marie, who discussed first signing with WWE and getting a role in the cast of Total Divas. Below are some highlights (via WrestlingInc.com):

On how she first signed with WWE: “So, I was 28 when I got my first [opportunity], they call it a Diva Search. They don’t do it anymore. But what they’d do is go around to all the large cities and do a big old cattle casting call, looking for the next WWE Diva. After I graduated college, I moved to Los Angeles because I was like ‘I have my business degree, but I’m not ready to go into the business world, per se.’ My parents were like ‘What are you doing? This is not the route we want you to go’. But I decided ‘Hey, I have my degree, I have that to fall back on. Let me go dabble’. I finished college in Orange County, California, moved to Los Angeles [and] dabbled in a little bit of modeling and acting. I was like ‘Ooh, I like this.’

“When WWE came into town, I was like ‘Wait a minute.’ Once I went there to the HQ in Los Angeles and saw Hulk Hogan and everyone on the walls, I was like ‘Whoa. This is like WWF back in the day that I used to watch with my brothers, this is crazy’. Then after my first audition, because they did a couple of callbacks and stuff, I was like ‘This could be my dream job’. Because not only do you have to perform in front of a live crowd, but you have to handle the physicality that is required to step in the ring and have a wrestling match. Then you get to travel the world, and I wanted to do all those things.”

Eva Marie on wrestling being new to her when she started: “Wrestling was brand new. I had no idea what taking a bump was. Didn’t know how to run ropes. Definitely nothing, whatsoever, was in my arsenal. It was something, [like] ‘Let me give it a whirl’ and I fell in love with it.”

On getting cast for Total Divas: “At the same time that my Diva Search was happening, this was in 2013, they were also in talks and pre-production of doing a reality show showcasing the life of a WWE Diva. Now, everyone is called superstars. So, I get through my audition and [there are] a couple of callbacks, and basically, I had a four-week tryout to see if you can handle the physicality. And if you made it through, they would give you a developmental contract. Basically, all that means is you then now move to, at the time the facility was in Tampa, Florida. So that’s what I was going for, that is what I was aiming [for], and that’s what I ended up getting. But because I was in Los Angeles, they called me up and said ‘You know what? We have this thing; we can’t really tell you too much about it. Will you go in for this interview/audition?’

Eva Marie on her Total Divas audition: “[In the audition] there was a green screen, and you sit down and basically are getting hammered a million questions. [Questions] like ‘How [was] it growing up? What’s your family like? This that and the other.’ And it was for Total Divas, which was the reality show. So the producer at the time told me ‘Hey, just so you know, this project is moving really, really fast. If you do get this your life could change in the next 72 hours.’ I called my now-husband and I’m like ‘Hey, I think I just smashed this out of the park. They said that things can move really quickly.’ So we jump in the car and drive up north. We drive up to my parents, my parents get to meet my now-husband. Then he asks for my dad’s blessing to marry me. And I get a call 24 hours later saying I got the gig. I’m on a flight to WrestleMania on Monday. Not only am I now on the main roster of WWE, which is Monday Night Raw, but I’m also on Total Divas, which airs on the E! Network. [Just] like that.”