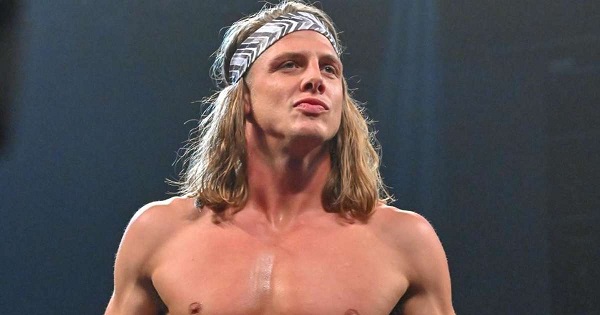 Riddle recently spoke with Alex McCarthy of talkSPORT and finally revealed how he and his wife Lisa had heat with Seth Rollins and his wife, Becky Lynch.

There had been rumors of Rollins and Riddle having heat around the 2020 Survivor Series pay-per-view after comments Rollins made on a WWE Watch Along stream that October, saying he had no interest in ever facing Riddle. After a brief interaction at the Survivor Series, they then worked together at the 2021 Royal Rumble as Rollins eliminated Riddle from the match after a Curb Stomp. Riddle revealed in this new interview that the heat began after his wife Lisa body-shamed some of the female WWE Superstars in a now-deleted Instagram post from November 2019, which included a photo of Lynch’s back side. You can see a screenshot of that post below.

“I’ll be honest, I’ve met Seth multiple times and he’s met me and I don’t think we’ll ever be best friends [laughs],” he said. “I don’t think we like one another, we’re just two different people. [Although] we both love wrestling. I know my significant other said something about Becky that they didn’t like and I also did not like or agree with. Seth didn’t like me after that and I don’t think Becky liked me or my wife either, which is understandable. It is what it is.”

Riddle noted that he tried to talk to Rollins at the Survivor Series before the RAW vs. SmackDown 5-on-5 Elimination Match, but Rollins avoided him and then bowed out of the match early on.

“After Survivor Series… I tried to talk to Seth beforehand but he kind of avoided me and he did bow out early [in the match],” Riddle said. “I don’t know if he did that because he didn’t want to work with me or whatever because there was three other guys in the match. He could have done something. He was in there with Sheamus, he could have done a spot.”

Riddle also recalled how after the match, which his Team RAW swept, he finally got a chance to talk with Rollins. He revealed how he apologized on behalf of his wife.

“After Survivor Series, because he was there I got to talk to him,” Riddle said. “And I said ‘Hey’ and a camera came up to us to film it and I said ‘No, don’t come over here, don’t film this. It’s between me and him.’

“We talked. I told him – and this is exactly what I said – I said ‘Hey man, what was said, I don’t agree with it. I thought it was bullcrap. It’s not cool. I just want you to know I apologize, I apologize on her behalf as well. On top of that I think you’re a great performer and if you would ever have it in your heart to work with me, I would love that. And, I know you’re taking some time off because Becky is pregnant, about to have a kid, just want to wish you luck, congratulations, enjoy your time with your beautiful girlfriend – at the time, now wife – and your beautiful child.’

“And he literally looked at me and he goes ‘Holy s***. I didn’t expect that. Everything I hear from people and what I expected… that was really cool. Thank you.’ And that’s where we ended it. I said ‘Thank you for listening and giving me the time, bro. I hope we’re good now.’ And I will say this, we’re good enough to be working together, I don’t think we’re friends.”

He continued, “I’ll tell you this, that last curb stomp he gave me at the Royal Rumble, we’re not friends [laughs]. When I get in the ring with him, he’s going to get it! Put that online! Can we get back in the ring? I need to repay that curb stomp, bro!”

Venting over the issue from the year before, Rollins had appeared on the WWE Watch Along stream last October, before Survivor Series 2020 and Royal Rumble 2021 happened, and said he had no interest in facing Riddle at any point in his career. Video from that appearance can be seen below, along with the screenshot of the post Riddle’s wife made. 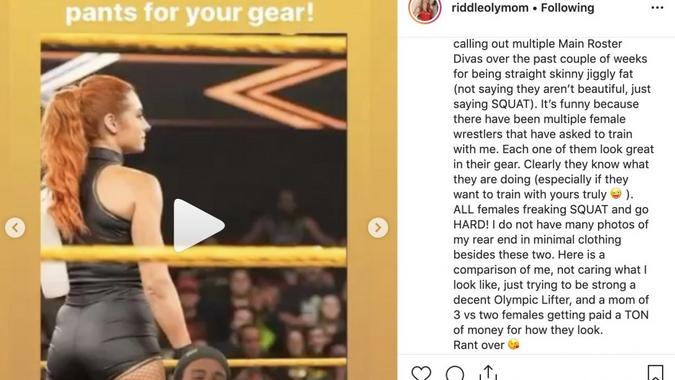 Seth Rollins said he has no interest on fighting Matt Riddle in any point in his career #SmackDown pic.twitter.com/4fTXt2WTBw