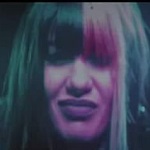 Blair Davenport has made her WWE NXT UK in-ring debut.

As noted, the former Bea Priestley was revealed to be a NXT UK Superstar during last week’s episode, via new vignette. The reveal came after a teaser vignette aired the week before.

In an update, today’s NXT UK episode on Peacock and the WWE Network saw Davenport defeat Laura Di Matteo via springboard dropkick and a running knee strike. After the match, Davenport took the mic and warned the NXT UK women’s locker room, including NXT UK Women’s Champion Meiko Satomura, that she has arrived, and is ready to rule the division.

It was reported back in January 2019 that Priestley had turned down a WWE contract to sign with AEW. She made her debut at Fight for the Fallen 2019, and then feuded with current AEW Women’s World Champion Dr. Britt Baker. Priestley ended up released on August 13, 2020 as she was unable to travel to the United States from Japan due to COVID-19 restrictions. Priestley had her Stardom farewell back in April, saying goodbye to the promotion she’s worked with since 2017. It was reported then that Priestley did not re-sign with Stardom, and also did not re-sign with NJPW. At the time there had been some speculation on Priestley returning to AEW, but that never happened. WWE reportedly tried to sign Stardom even before she went back to Japan.

Stay tuned for more on Davenport in NXT UK. Below are a few shots from today’s in-ring debut, along with Davenport’s post-show Instagram post. Also below is a video of NXT UK highlights from this week’s show, which featured Davenport’s debut, Kenny Williams vs. Nathan Frazer, Mark Andrews vs. NXT UK Tag Team Champion Lewis Howley, plus Trent Seven vs. Eddie Dennis in the main event.