Sneak peek at the set for NXT Great American Bash

The set for tonight’s WWE NXT Great American Bash special has been revealed.

You can see a video and a photo of the set below, from inside the Capitol Wrestling Center at the WWE Performance Center in Orlando. WWE released the sneak peek on Twitter this evening, calling on fans to tweet the “#NXTGAB” hashtag to unlock the photo.

Remember to join us tonight at 8pm ET for live NXT coverage. Below is the current line-up for tonight, along with the first look at the Great American Bash set:

Love the set for #NXTGAB!!! Love the Statue of Liberty being on the stage! pic.twitter.com/rqmCcDA7WI 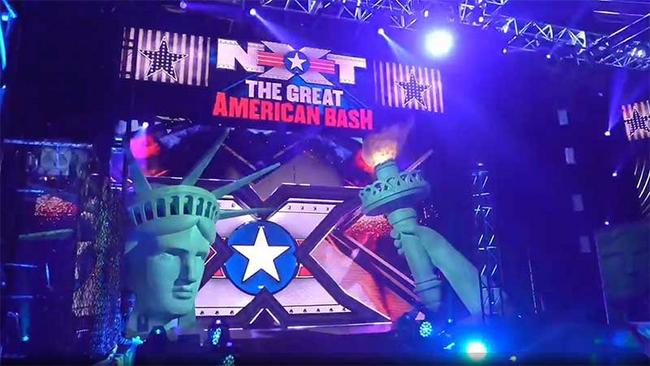