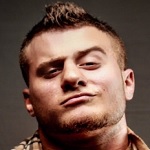 AEW star MJF has his eye on the World Title.

The leader of The Pinnacle recently spoke with Justin Barrasso of Sports Illustrated and said he realizes he has more terrain to climb, and in order to reach the top of the business, he must have a career-defining run as AEW World Champion. MJF recalled how then-World Champion Jon Moxley retained over him at All Out 2020, and said he’s not currently chasing Kenny Omega for the title due to the feud with Chris Jericho.

“I’m going to get to that world title,” MJF said. “I should be world champion right now. Jon Moxley hit an illegal maneuver on me [at last summer’s All Out]. And the reason I can’t focus on that is because of Chris Jericho. He’s the reason I’m not challenging for the world title.”

Jericho and MJF previously teamed together but they have not had a singles match since the feud kicked off this past spring. SI pointed to how MJF has excelled in the program with The Pinnacle vs. The Inner Circle, proving he has every tool necessary to be the top heel of a major company. MJF commented on working with Jericho.

“I wasn’t going to allow myself to be swallowed up in any of my moments with Chris Jericho,” MJF said. “Chris Jericho is incredible, there’s no arguing that, but he has also never had to be in the ring with someone as talented with a mike in their hand as me.”

This interview was done before MJF defeated Sammy Guevara in last night’s Dynamite main event. He noted that he can’t get to the AEW World Title as long as Jericho still exists in the company, and eliminating Jericho is his goal once he’s done proving Guevara isn’t on his level.

“I can’t get to that world title if Chris Jericho still exists in my company,” MJF said. “That’s my goal once I’m done proving to the world that Sammy Guevara isn’t on my level.”