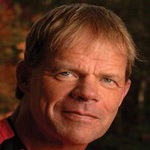 The new WWE Icons documentary on the legendary Lex Luger will premiere on Peacock and the WWE Network this Sunday, July 4.

The doc will feature new interview footage with Luger and several WWE Hall of Famers and Legends, including Sting, Bret Hart, Ric Flair, Jim Cornette and Bruce Prichard, among others. The episode will cover everything from Luger’s career, to his legal troubles, his addiction, and apparently the tragic 2003 passing of Miss Elizabeth.

A new episode of Icons Revisited will also premiere this Sunday to accompany the Luger doc. That episode will be hosted by Matt Camp and Ryan Pappolla of The Bump, and will feature more interviews with people like Flair and Hart, among others.

The trailer for Luger’s Icons episode can be seen below.

He said, “Vince came up with this and he said, ‘He’s The Narcissist!'”

Cornette said Vince saw Luger as someone huge for the company, the next version of WWE Hall of Famer Hulk Hogan.

“That was a good use for Lex, but Vince saw him as the next Hulk Hogan,” Cornette said.

The documentary features a clip of Luger yelling at someone during an autograph signing, telling them to keep their mouth shut.

“He didn’t like that interaction with the fans,” Hart recalled.

Prichard added, “I don’t know if this is the guy.”

Luger also speaks in the trailer.

“You know that old saying – ‘Too much time, too much money.’ That’s kind of the Devil’s workshop. It definitely manifested in my life,” he said.

Sting, Luger’s longtime friend, added, “Alcohol, pills, cause us to make all the wrong choices.”

“To be sitting here in front of this camera, talking to you, is just absolutely a miracle of God,” Luger said at the end of the trailer.

Stay tuned for more. You can see the full WWE Icons trailer on Luger below: