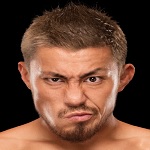 Akira Tozawa is your again your new WWE 24/7 Champion.

Monday’s RAW on the USA Network featured three title changes coming out of the opening match, which was the Battle Royal that we reported on earlier. Tozawa went into the match as champion but dropped the title to Drew Gulak at ringside after Shelton Benjamin eliminated Gulak, and Jinder Mahal eliminated Tozawa.

After Gulak’s title win, R-Truth quickly rolled him up to capture the title. Tozawa then jumped off the apron to take Truth down and regain the title.

These were the first WWE 24/7 Title changes since the May 17 RAW, which saw Tozawa capture the title from Truth.

Stay tuned for more on the WWE 24/7 Title. Below are a few shots from Monday’s title changes at the ThunderDome: