We noted back in February 2019 that Booker had filed a civil lawsuit against Activision Publishing, Inc., Activision Blizzard, Inc., and Major League Gaming Corp., claiming the look of Call of Duty: Black Ops 4 game character David “Prophet” Williams was based on the comic book version of Booker’s G.I. Bro character, which he used in the early 1990s and again in the late 90s for WCW. Booker’s suit said he owns copyrights to the character, and he was claiming copyright infringement as he was never contacted about the usage of his character. Booker’s suit noted that the game generated over $1 billion, and he was looking to be awarded whatever relief was determined by the court.

In an update, jurors found that Activision’s arguments were more persuasive than Booker’s case, according to Sportico.com.

Activision argued that Booker had contracted away to WWE all rights to the promotional material, as well as rights to images and other depictions of G.I. Bro. Booker responded by insisting that he only contracted away intellectual property rights when they are used in connection with the business of pro wrestling. He asserted that the comic book character G.I. Bro does not fall within that limitation.

Activision also argued that Huffman had exaggerated similarities between G.I. Bro in a promotional poster and an image of Prophet owned by Activision. Activision maintained that both characters merely involved black military men with dreadlocks standing in a “generic military pose” while holding weapons. Booker disputed that characterization, stressing that the similarities were significantly closer than the generic depiction offered by Activision.

Booker has not publicly commented on the verdict as of this writing. For those who missed it, you can see the comparisons mentioned in the lawsuit below: 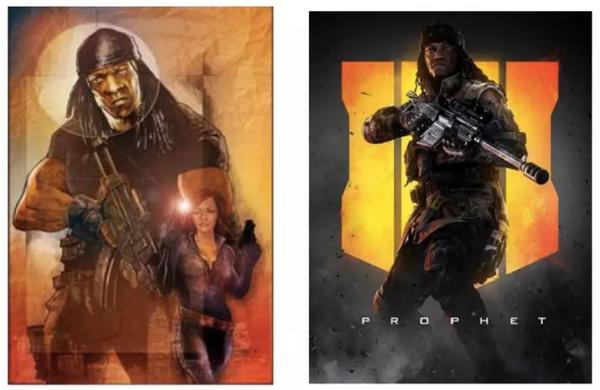