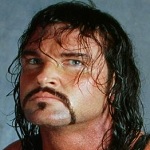 It was reported in early February 2020 that Clark had been arrested by the Maricopa County Sheriff’s Office in Arizona, along with Dennis Miccolis of 1960s pop band The Buckinghams, on charges of conspiracy, illegal control of enterprise, transporting or selling narcotics, drug possession and possessing a weapon during a drug offense. The alleged crimes occurred in January and April 2019. Miccolis was facing charges of conspiracy, illegal control of enterprise and transporting or selling narcotics from an incident in January 2019. At the time Clark’s attorney stated that the “ludicrous” weapons charge was based on a family heirloom, a Korean War pistol, that was unused and stored at Clark’s home. His attorney also said at the time that Clark, who is a U.S. Air Force veteran and does philanthropic work, hoped to resolve the issue and return to private life.

In an update, attorney Robert Jarvis of Mesa, Arizona issued a press release this week to announce that all charges against Clark have been dismissed by the prosecution. Jarvis noted that the charges against Clark were “based on police reports containing speculation, grossly misconstrued facts, and false information.”

MESA, Ariz. (June 21, 2022) Mr. E. Bryan Clark aka Adam Bomb has finally been vindicated after a long wait due to Covid-19 restrictions. Mr. Clark’s attorney, Robert P. Jarvis, presented the truth as Mr. Clark continually maintained his innocence. The prosecution has permanently dismissed the charges against Mr. Clark. The charges against him were based on police reports containing speculation, grossly misconstrued facts, and false information. It was a difficult process, but Mr. Clark is pleased to have upheld his integrity.

Mr. Clark appreciates his family, friends, and loyal fans who stood by him and gave him support during this long and emotionally draining process. His discipline learned in the military, sports, and throughout his career also gave him strength to keep going. He is also thankful for a strong legalteam led by his attorney, Robert P. Jarvis.

As he puts this ordeal behind him, Mr. Clark looks forward to engaging with his fans as a positive role model.

Clark had runs with WWE, WCW and All Japan Pro Wrestling, under the names Adam Bomb, Wrath and The Nightstalker. The former member of KroniK was last released from WWE in November 2001. He is a former two-time WCW World Tag Team Champion.