Cross reunited with Alexa Bliss to defeat Shayna Baszler and Nia Jax in a Women’s Money In the Bank Ladder Match qualifier.

Cross cut a pre-match backstage promo and talked about how she’s felt a spark inside her as of late, following her recent wins over Charlotte Flair and RAW Women’s Champion Rhea Ripley. She has been working on how to display the spark in her heart, and she’s excited to share it with fans. She went on to say that no matter how far down we might fall in life, we share the same positivity and spirit to win. Cross said she represents everyone and their shortcomings, and this new look embodies everything we all have inside of us – spirit.

Cross controlled most of the tag team match on RAW, and rolled Baszler up for the win after Bliss caused a scene at ringside with Jax and Reginald.

There’s no word yet on what WWE has planned for Cross after this, or if she will continue to team with Bliss, but we will keep you updated. Bliss and Cross join Naomi and Asuka as confirmed participants for the Women’s Money In the Bank Ladder Match on July 18, which will feature 4 more Superstars.

Stay tuned for more. You can see shots of Cross and her new look in tonight’s RAW match with Bliss below: 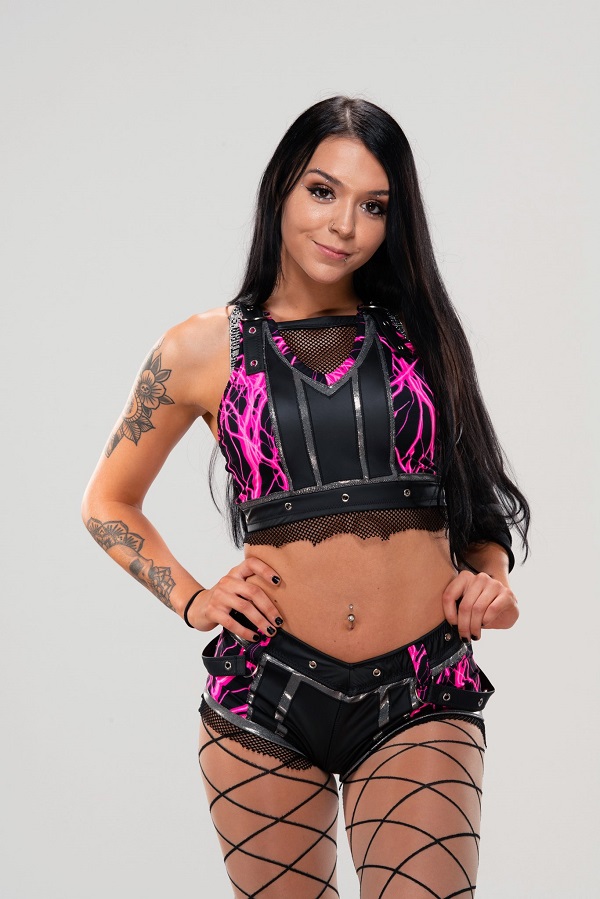